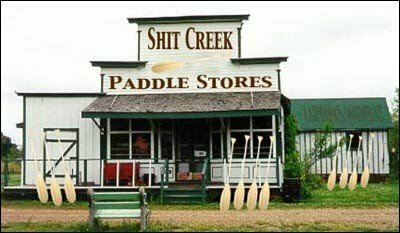 So here’s a list of things I’ve learned. May you be spared hardship and enjoy enlightenment without the crap I ensued by my mistakes.

The above is an especially slippery slope for submissive women, not because they are any less intelligent, but because we women tend to be more emotional. They want to experience a relationship like they read about in books. They want so badly to find a dominant man when they first start to swim in shark infested waters that their hearts are open wide and we dominants know this. A respectable and ethical dominant is careful with newbies. We realize that sub frenzy can take hold and make you feel and act in a way so strange you wouldn’t even recognize yourself. (Please see my article on sub frenzy in the BDSM Archive.)

Things to run from are:

Now to turn that around. A submissive you should run from is:

*Side note: You cannot dominate an addiction out of someone.*

These were my people. They were sane and safe, and fun, and holy crap we were talking vanilla with a huge helping of kinky stuff and it was so so so good. Really, please, if there is a BDSM community in a city close to you. GO! And when you do go, don’t look at it as a place to pick up easy women because all submissive women are just waiting for you to order them to give you a blow job. Don’t even go with the expectation of meeting a future partner. Go to learn, go to grow, go to make friends.

You know that in vanilla dating it’s always the friend of a friend you end up dating. Well if people know you, you’ve demonstrated you are sane, others know you are ethical and skilled in certain play, then you will meet someone, it just takes time. While you’re waiting, have fun learning how to flog or what flogging feels like, learn about impact play, bondage, whatever makes your little heart go pitter patter, but learn. Also don’t play in private. Learn how to negotiate as well. Aftercare should be negotiated before play too. If a dominant thinks aftercare is, ‘Hey bitch, pick up the toys and if you need cuddles, look elsewhere’.

I am a small woman. I went to Kinky Kollege in Chicago by myself. I had a blast, I learned how to cane in ways other than the Victorian punishment style which was all I knew. I met great people, some of who are still good friends, and wow, what an experience for a woman who hadn’t been out and about in the community for her first 10 odd years of being kinky. If I can do it, you can do it.

That’s it. My basic words of wisdom. Common sense, being cautious, staying smart, showing respect for others is what it’s about. I’m not talking about submissives needing to show respect to some dominant they don’t know. That’s a load of crap. I mean basic human respect. Those who judge, bark orders, don’t play safe, and don’t care about anyone but themselves are not worth your time and energy, and they sure as hell aren’t safe, sane, and consensual players, so turn your back and walk away. Be your own advocate by using your head.

Scraaaaaaaaaaaaape, scraaaaaape. That’s me putting my soap box away now. That is all.