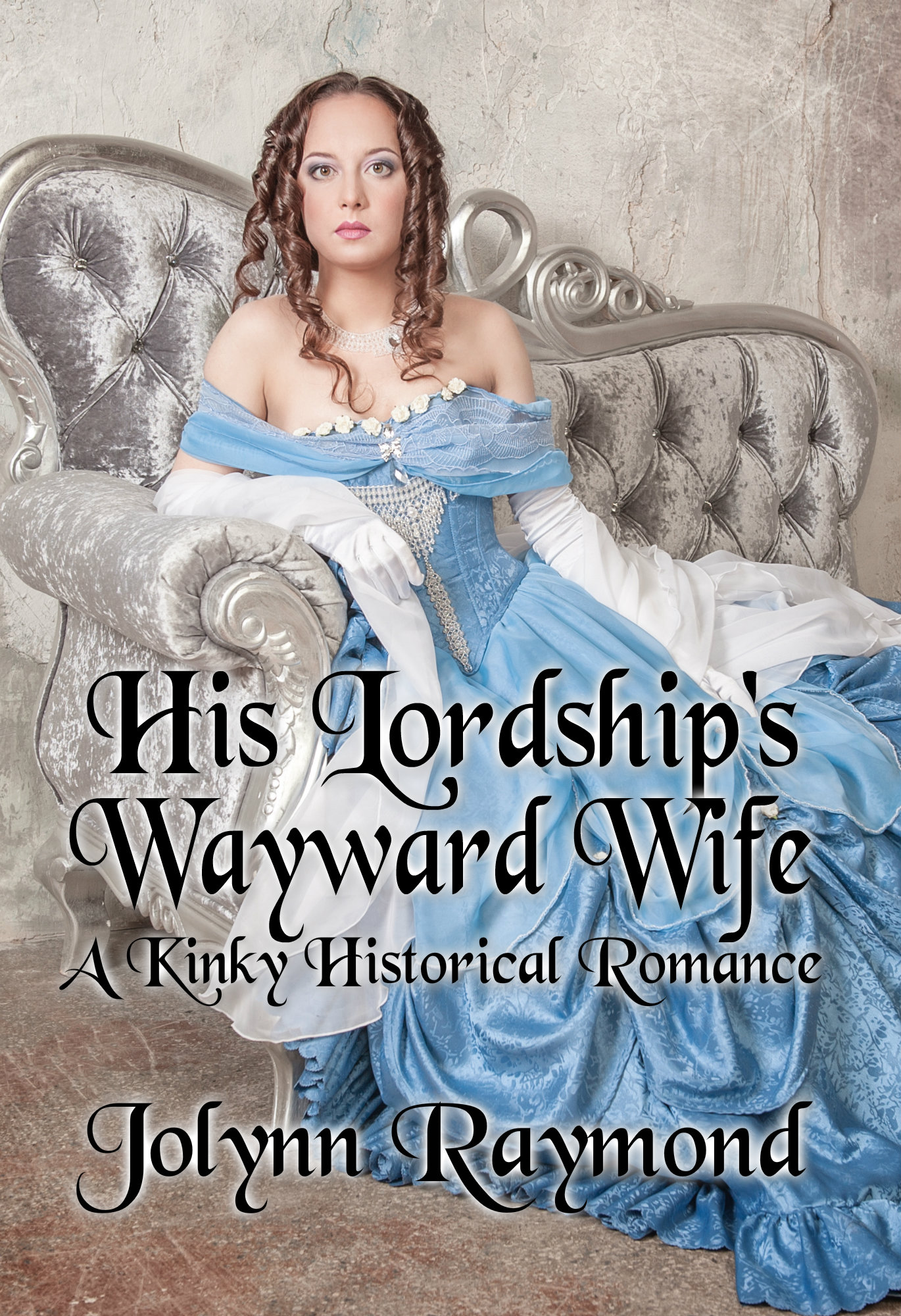 Lord Nathaniel Tarrington is the Earl of Brighton. He is also a member of a clandestine sect comprised of some of the most powerful and wealthy families in Europe. The very existence of their Order is cloaked in secrecy, and their activities carefully guarded. When the time comes for him to wed, his choice of a bride has life-altering consequences for Claudia Stafford. The Earl has demanding expectations for his wife, ones that include complete submission, and the understanding that her place is at his feet or in his bed, and never on his
arm.

Once Claudia weds Nathaniel, her life is not her own. Gone are the days of dancing and champagne. Harsh training and the expectation of immediate and utter obedience becomes the norm. Defiance brings punishment, but Claudia is unwavering, and must battle those who would have her be meek. Her fiery spirit rebels in the face of Nathaniel’s rigid instruction, but the once willful and reckless woman struggles to fight her husband’s sadistic demands. A fierce war begins between them; one fought for pride and dignity; that may leave both of their hearts in tatters. Will love ever stand a chance as Lord Nathaniel Tarrington strives to tame his wayward wife?

The library of the manor house held something far more alluring than books on the damp autumn afternoon. A fire blazed in a hearth crowned by a magnificent oil portrait of the Lord of the manor, chasing away the chill of the day. Blue white pipe smoke drifted through the air creating a richly scented haze that reflected off the glow of the lamps throughout, to provide ample light for each man there to see the others and their lovely playthings.

The men, fifteen in all, were seated in large, exquisitely carved chairs arranged in a circle, and the women, fifteen as well knelt nude at their feet. Some were being absently stroked or played with, some simply stayed frozen in place at the side of their husbands. A number of women had nipples that were clamped, while others bore the marks of ownership left by their master upon their skin. One unfortunate woman knelt with her bottom thrust into the air, hands holding her cheeks wide open to expose a crinkled hole that was red and inflamed from torment, for those in the library to see.

All wore collars and leads as if they were dogs, and all were silent, even the one whose husband was twisting and tugging at her nipples in a manner that had to be painful, and the one who wept silently from shame. They were the wives of the Order of Exalted Blackguards. and their purpose in life was to see to the every need of the man they had wed, be it sexual, sadistic, or lewd, and though the discussion that was taking place concerned their daughters, none would dare utter a sound.

A gentleman in their midst, Gabriel, was speaking in an effort to convince the others that a motion that had been purposed was sheer folly. He was adamant in his stance, and was therefore taking it upon himself to lead the discussion. One of the men in their Order had put forth the suggestion that their daughters be raised in a manner that would allow them to see what life would bring them from the start. Not that they should be trained or touched, but that they bear witness to the everyday lives their mothers lived. He felt a level of complete submission could be obtained more readily if they were aware of how their mothers were kept nude, well disciplined, and concerned only with pleasing their husbands. Gabriel disagreed, and despite his best efforts to keep the conversation focused, it was straying into talk of training methods and new debauchery, as often was the case when the fifteen of them met. He knew he needed to bring them back to the point at hand, so Gabriel cleared his throat and raised his voice over the din.

“Gentlemen. Gentlemen. It isn’t our wives we’ve come here to discuss. While I enjoy hearing fresh ideas, our daughters are what we need to agree upon here and now. They are the topic at hand.”

The other men in the room nodded their agreement with Gabriel’s words, settling back into silence.  Gabriel reached over and stroked his wife’s bowed head, the show of affection one might expect to be given to one’s dog, but it was received with a small shiver of pleasure nonetheless. The woman remained silent, hands out before her, palms up, the end of her leash lying across them, stock-still. She would remain so until given the command that would allow her to move once more.

Another in the group removed his pipe from his mouth and shook his head as blue-white smoke puffed from his mouth. “There are some who would feel it was their business to interfere if word got out, be it our daughters or our wives they heard whispered about. The church elders in all their piety would call me a heathen or worse because of the sex acts Mildred performs as well as taking offense to the fact that she goes about unclothed for all to see.”

Gabriel spoke up again, seizing the opportunity to close the conversation once and for all with a vote that favored his opinion. “We all know the church would proclaim us sinners for our way of life. It’s for that very reason we keep our activities a secret. The question before us concerns our girl children. In my opinion, it has only one possible conclusion, still, I must ask you to decide if we should raise them unaware, or condition them from the start. My own are kept in the nursery wing and only brought forth when requested. I allow Abigail to visit of course. It’s one of the few times she is allowed to dress. I know most of your households are run the same. No one takes an active hand in the raising of children; therefore, secrecy is easily maintained. The question is, should it be?”

Heads nodded in agreement so Gabriel pushed on, knowing actions could speak louder than words. He stood, snapping his fingers as he did so, causing his wife to scramble before him and unlace his breeches post haste. She took his cock in her mouth and began to suck in earnest as Gabriel’s eyes met each of the men’s in the room.

“Is this what we want to have revealed? Do we want condemnation because of this? My wife sucks my cock like a well-trained whore, and in my mind, that is as it should be. Do any of you disagree?”

Not a man could say yes as Gabriel grasped his wife’s head by tangling his fingers in her hair and held her still as he pumped his cock in and out of her mouth, his member sliding effortlessly down her throat without gagging her. When his member was ridged and pulsing, he moved his hand to her cheek and stroked once. She again became stone still, her mouth open, Gabriel’s cock resting on her tongue, shiny with spittle, the head red; the shaft marbled with blue veins. He drew his attention back to the men in the room before continuing, certain that his wife wouldn’t move and inch.

“The girls are best kept unaware. While they have little contact with outsiders, our families are all subject to the whims of the crown. If summoned to court, we must go. A young lady who is well aware that her fate is one that involves lewd sex acts and strict chastisement is apt to let something slip if she finds herself among the gentry in London. Girls have loose tongues. Though kept under a vigilant eye, we would be unable to watch over them if the king decided one of our daughters was to become a handmaiden to the queen.”

His hand once again moved to stroke his wife’s cheek, this time doing so twice. The woman kneeling before him with hands clasped behind her back moved only her tongue at the silent command. She lifted and lowered it with Gabriel’s hard cock still upon it, doing so repeatedly, waiting for another command. The other men watched with approval at the show of submission and the strength of the woman’s tongue. All of their wives were trained in such a manner, their first obligation being to please their husbands sexually. The ability to suck and pleasure their master’s cocks vitally important be it with their bums, mouths, or sexes.

After a full minute of making her husband’s cock bob up and down with only her tongue, Gabriel stroked her cheek once in another silent signal. The woman immediately became motionless her mouth open Gabriel’s cock resting on her tongue as drool dribbled down her chin.

“It is for this reason that I urge you to vote no. Keep them unaware until it’s time for them to marry. Any of our sons will have the skill needed to tame his wife, especially if she has no hope of receiving help from her family. My Catherine will be kept ignorant of her fate until she is of age. I will then put her up before you, a maid in need of marrying and teaching.”

Tired of waiting for his pleasure, Gabriel took his wife’s hair in his hand and then gritted his teeth as his hips rocked faster, pumping into his wife’s mouth as her cheeks sucked inward, and her bottom jiggled from the force of his actions. All at once he stopped, thrusting forward one last time as she began to slurp wildly. She hollowed her cheeks, milking the last drops of her husband’s cum from his cock, and then cradled it in her hands as it softened, bathing it with her little pink tongue, cleaning him and paying homage to the man who was her master.

Across the room, the pipe smoker emitted a loud burst of laughter. Gabriel had proven his point most admirably. No one would wish to change their way of life or put how they chose to live in jeopardy. It was best the girls be kept ignorant. A girl should be trained when she was old enough to stand before the eligible men on her bargaining day and receive her first taste of what her life would be like. The methods they employed were very persuasive. She conformed and became the whore her husband wished, or her body was punished in any way he saw fit. Whether given to the best bidder like a slave or passed privately to her new husband when her father and the man in question came to an agreement. None had ever won her bid for freedom, none had been able to resist the life that was chosen her, and none were within earshot of those who would frown on their way of life without staying at her husband’s side for strict supervision.

“All who agree with Gabriel say aye.” The room echoed with the sound of all fifteen men proclaiming the word. The nude women were put into positions where they could either suck or be taken, as a gavel pounded announcing the official end of the meeting. The Order of Exultant Blackguards was in full agreement, there was nothing more to be said.  It was time to take their pleasure. 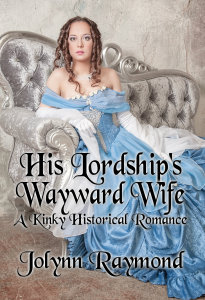