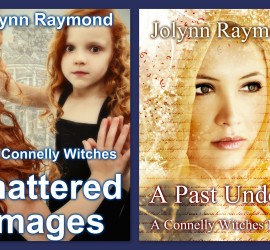 I was tagged for this blog post by the wonderful Sotia Lazu. Thank you! What are you working on right now? I have a series of books that feature the Connelly Witches. They are the magical descendants of the vampire and Gypsy in my paranormal historical novels Beneath the Shadows of Evil. The family made a vow to protect mankind from the evil that walks among us. Battling demons of course has its pitfalls and leads them on many adventures.  I am offering both books in the series at a low price running this month. The books are stand alone but you can better understand the history aspect if you start with Shattered Images. I worked yesterday to make a really nice family tree but couldn’t get the format to work! So now there is a family history list at the start. It tells who is who and who […]