This post has been removed. It is now contained in the book you see above which will be available on Amazon December 2nd, 2013. I apologize for any inconvenience, but I have chosen to combine some of my posts into a book on Domestic discipline. Blurb from Taken in Hand Jolynn Raymond has written a book that shares the details of her own long lasting domestic discipline marriage and her experience surrounding power exchange relationships. It explains why these unconventional relationships work so well for so many couples. The book is an in-depth tutorial that takes the relationship past the simple act of discipline, to building a rock solid foundation that will ultimately create a deep bond of trust and love between those involved. Taken In Hand will guide those interested in adding consensual domestic discipline, dominance and submission, and structure to their own relationship through the initial steps of communication, […]

The Beneath The Shadows of Evil Trilogy… Taken, Torn, and Treasured In the blink of an eye her world was turned upside down. Master Vampire Mikhal the Merciless captured a young Gypsy one night when she trespassed on his land. He heartlessly stole Alliana from her family; taking her freedom, and forcing her to become his wife. Knowing she held magic inside, Mikhal made plans to use Alliana to give him a powerful son. Once he had what he wanted, Mikhal had every intention of casting Alliana aside. His kind held no feelings of love and compassion, but that was before the consequences of magic opened his eyes. Pregnant and alone in the castle of her evil husband, Alliana is lost. It seems as though everyone around her wants to hurt her, especially the man she was forced to marry. He is cruel and twisted; as are all who reside in his castle, but after doing the very worst, he suddenly […]

Those of you who read my post from yesterday are already up to date with my trials and tribulations, those who didn’t ought to read it before this one. Yesterday I was mopey. Could be menopause, could be work stress. It doesn’t matter. What matters is that writing down and sharing my issues has had a positive effect. 1. We are all human, yes, dominants too. Those of us who wield the power and make the decisions work hard in power exchange relationships. We are prone to mistakes and doubts just like anyone else. No one can have the strength and confidence it takes to be a good Mistress or Master 24/7/365. 2. As I always preach to you, communication is vital. Beauty and I somehow slipped away from our sit down talks every Saturday evening. This is a time to talk without boundaries or roles. Person to person, wife […]

If you look at my Fetlife profile it will say I live the lifestyle 24/7. 24/7 means different things to different people depending on the type of relationship they are in, but I think most of us have a healthy does of vanilla or the real world invading on our 24/7. What I mean is, the every day stressors of life such as work, family, and kids makes it necessary to step outside our kink zone whether we like it or not, and for me the stepping outside has made it hard to step back in where I belong. I live within the contexts of a kinky relationship. I make all the decisions, my wife defers to me in all things. Most of my social interactions are with our kinky friends. Our home is equipped with a dungeon, much of our travel is to kink events, the fetlife page is […]

Congratulations to Natalie of Reading, PA and Amanda of Racine, WI. They have been selected by Goodreads as the winners of the promotional giveaway of Taken. They have each won a signed copy of Taken… Beneath the Shadows of Evil. Enjoy ladies. Happy reading and thank you for your interest in my work. 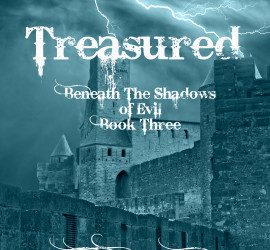 I put the finishing touches on the final installment in the Beneath The Shadows of Evil Trilogy… Treasured today. It’s ready to be sent off to the editor for her to go over. Being done all the way done on a novel and saying goodbye to writing it is like packing off one of my babies. I’ve spent a lot of time in Medieval Hungary and am going to miss my visits there. Creating such a long detailed story is thrilling, exciting, and sometimes frustrating as hell, but saying “The End” still causes mixed emotions. 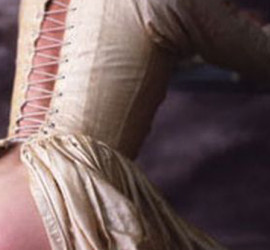 Lessons of Love by Jolynn Raymond at Amazon.com Do you remember the bodice rippers of the 1970’s? If you loved them, then you should check out Lessons of Love. Cole Jameson never claimed to be a gentleman, at least to the women he seduced. He is a Southern rogue with seemingly no redeeming qualities, that is until he meets Jolie Dupree. Forced into marriage with a man who has a hardened heart, Jolie struggles to cope with the horrible hand life has dealt her. Cole is a beast, a frightening man who only wanted her for her respectable name and her delicious body. Though his touch makes her body come alive, her heart breaks each time he is callous and cruel. She has two choices, fight tooth and nail for the rest of her life with the man who she must honor and obey, or struggle to ignite the flame […]

Do you like your vampires deliciously evil? Mikhal the Merciless is pure evil, a dark anti-hero who will fill you with loathing long before he catches your heart, but he will catch your heart. The Beneath the Shadows of Evil Trilogy will take you on a wild emotional ride, one full of twists and turns, hope and despair, hate and love. They will make you bite your nails, sit on the edge of your seat, want to scream and then cheer. Best of all, they will make you feel. Come along for the ride at Amazon.com Taken is available here Torn is available here Treasured is coming July 1st, 2013