Relish by Susannah Shannon Book #2 in the Cass Chronicles  Cass Nelson has gotten used to blizzards, wolves and being an outsider in Slicktrench Alaska. While she couldn’t be happier in her marriage to Killian, the arrival of a surprise package is a potent reminder that her marriage isn’t like the relationships her friends all have. She might not understand this whole being a submissive wife business, but she does understand that she can’t imagine living a life without the man she adores even if he lights up her bottom on a regular basis. Busy with helping to run the lodge and posting on her very popular CassCooks blog, her life tips upside down with having to deal with Killian’s brother who is marrying a woman that nobody likes and an IRS auditor nosing around the lodge. Just when Cass has decided that the best way to insure a happy […] 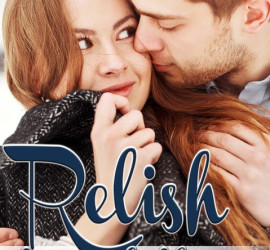 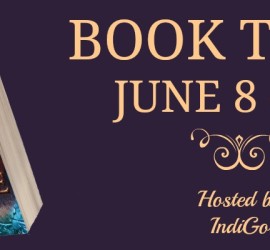 J.M. Dabney’s Club Revenge Book Tour Thank you Jolynn for letting me share my novel with you today. Club Revenge (Dysfunction at its Finest, Book 1) is a Dark Fantasy Paranormal with hints of horror. I primarily write Lesbian Fiction/Romance, yet I enjoy writing the darker and sometimes gorier stories. In CR I was able to let my love of carnage and inappropriate humor off the leash. This book along with the others to follow are the stories I’ve always wanted to tell. The Medina-Jackyl family made me cry, maniacally cackle and roll my eyes. The Asylum Residents aka The Family forgot I’m supposed to be the Warden as they tended to take over—outlines be damned. In CR layers are peeled back, exposing depths of pain, rage, and love until it reveals all their secrets. Contained within the pages of CR exist conspiracy theories, Dark Age prophesies, cults, shifters, vampires, […]

Sir and Babygirl: Bound by Love In the second set of adventures, Sir and Babygirl’s relationship, built on a mutual love of kink and a need for the dominance and submission lifestyle, must move forward or stagnate. Can Babygirl set aside her fears of heartbreak? Will Sir convince his sweet submissive that he loves her completely? And just how many erotic adventures can these two get into as they navigate their growing relationship? Find out in the sequel to The Adventures of Sir and Babygirl. This time, Sir and Babygirl are Bound by Love.   Excerpt: Babygirl arched her back and pointed her toes. The center of her body burned with desire. The phantom hands in her dreams became all too real as she realized Sir was the one driving her to the brink. His fingers stroked her pussy with a feather light touch. The sensations were delicate and sensuous […] 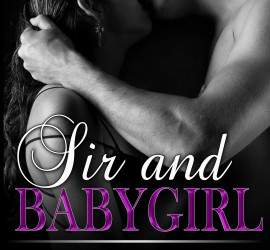 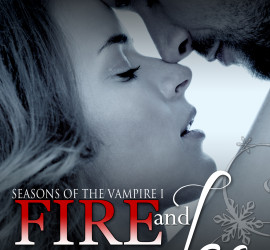 Fire and Ice Seasons of the Vampire I   Title:  Fire and Ice Series: Seasons of the Vampire I Author: Maya DeLeina Amazon – http://ow.ly/ChF7d  Barnes and Noble – http://ow.ly/ChG0r iTunes – http://ow.ly/ChFdh Smashwords – http://ow.ly/ChFo6 Book Trailer: http://youtu.be/dk1_U_3klvs     Noel Tierney thought she’d have enough time before the predicted storm to make it to her holiday retreat, but the snow hit sooner than expected. Caught unprepared on a treacherous pass, poor visibility and icy conditions lead to a crash. She lay immobile in her vehicle, stranded in a ditch in the most remote leg of her journey. A faceless hero comes to her rescue and Noel has no choice but to wait out the blizzard in her rescuer’s unique cabin nestled in the woods. Everything about Grayson James peaks her curiosity—his valor, air of mystery and most of all, undeniable attractiveness.   For three days and nights, passions are unleashed and unexpected emotions are brought […]

Karly’s Wolf by Penny Alley aka Maren Smith On the run from her abusive husband, Karly Whitaker flees across state lines, finally settling in an old mining town called Hollow Hills. Starting over had never been so scary, and to make it all worse, her first night there, she hits a dog—the biggest, blackest, wolf-like dog she’s ever seen. Although he appears more dazed than hurt, Karly takes him home. Now all she wants to do is hide, but fate, it seems, has other ideas. The local residents are determined to make her a part of their celebration, Fish and Game won’t leave her alone, and every morning Puppy vanishes, leaving her to deal with Colton Laurens all on her own. Colton Laurens—the dark-haired, honey-eyed Game warden, whose gentlest touch makes her battered heart ache and whose hungry kisses burn her from the inside out. For the first time in […] 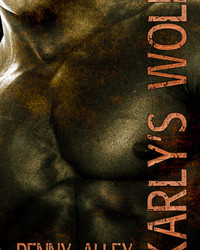 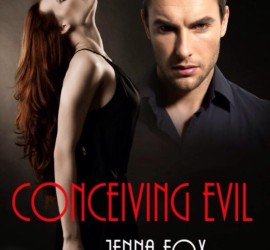 Blurb: In a World Full of Hopelessness, He Was Her Savior Like everyone else after the economic crash, Abby Torrance was struggling financially.  But then Dorian Lincoln, a political and business icon, sweeps her off her feet and into a life of promise. He’s a man who has enough power to change the world for the better, a man who can give hope to the masses, a man who can give Abby a baby. But the road to Hell is paved with good intentions and Abby is having strange dreams that seem both a warning and a prophesy. How can she give the evil undertones of her dreams any notice when she’s busy focusing on conceiving? Excerpt: Dammit to hell. I can’t even enjoy a movie. The nighttime air bit at my skin as thoughts of him chomped at my brain. He’d polluted me like a poison that spread […]

Everyone’s favorite lusty librarian Rose Caraway has hunted through her private collection of erotica to select the perfect fantasy for every reader. The twenty two stories that fill The Sexy Librarians Big Book of Erotica range from explicit sci-fi to chilling horror to romantic fantasy, ensuring a lush and steamy read to satisfy any literary craving. Like a well stocked library, this anthology is full of endless possibilities, complete with it’s own card catalogue. Do you like your erotica organic? Try KD Grace‘s ‘Cherries In Season‘ from the Horticulture section. Or perhaps you are in the mood to relax with Olivia Archer‘s ‘The Perfect Massage‘, listed in Alternative Medicine. Featuring the works of such top eroticists as Rachel Kramer Bussel, DL King, and Kristina Wright, The Sexy Librarians Big Book of Erotica invites you to browse it’s pages and discover bookish treats to get your blood pumping. Excerpt from “Book […] 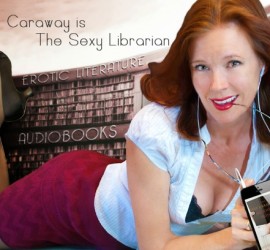 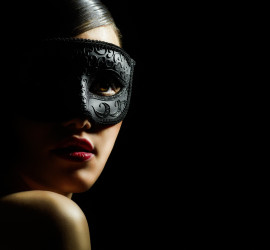 Author Interview with Glenda Horsfall Our fans love hearing about why and how exactly you got into writing your books. Accidental author? It was always your calling? When and why did you begin writing? I have written since my teens, but mainly for pleasure and myself. I have always loved to read and have dreamt of writing my own book for years. It was something I always envisaged getting around to when I retired, as I didn’t think I would ever have the time while working and bringing up a family. Last year my son was seriously ill and I found that I wasn’t sleeping too well. I was up in the middle of the night and at a loose end, and there’s only so much you can do without waking up the rest of the house, so I found myself playing on the computer.  I started to write as […] 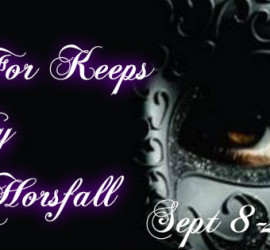