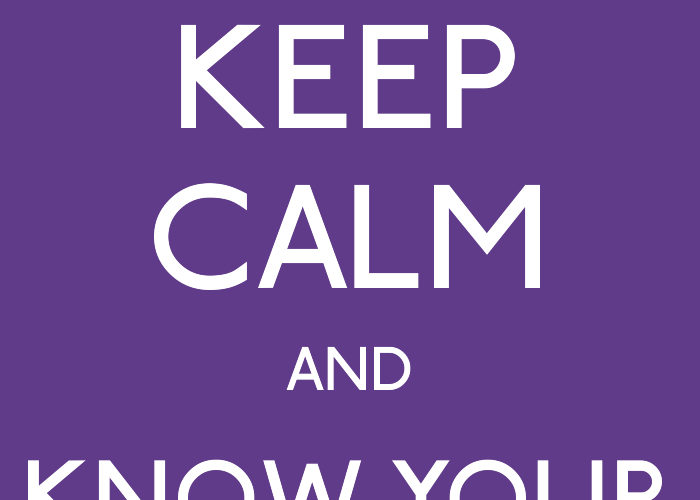 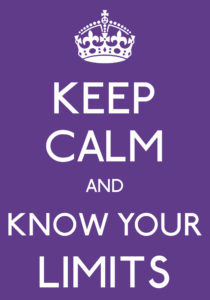 Why the Shame for Hard Limits?

There are many types of limits. Soft, semi hard, hard, and even no limits in D/s interactions. What an individual will or won’t do specifies what they are interested in, as well as what is completely off the table. If it is going to make you feel unsafe, stick to your guns and say no without a hint of shame. If someone isn’t listening to what is and is not okay, walk away, even if you think the other person is that dominant or submissive you’ve been yearning for. If they won’t listen to what is not acceptable, they are only interested in themselves. Respect is a two way street with give on one corner, and take on the other.

The word negotiations may sound odd in conjunction with BDSM, we aren’t talking about countries engaged in a peace treaty, but if you are responsible and have a high regard for yourself, you discuss what your limits are. It is in that stage of conversations that both the submissive and the dominant lay it on the line, and it is where the submissive must stick to their beliefs about what is best for them and their body. This can be difficult for any number of reasons, the best being that you want to try a whole bunch of kinky stuff and are unsure of the what and how, and the worst being pressured by someone who believes their desires are more important than your rights.

I receive a good deal of mail from those who say they have no limits and that I can do anything I wish to them. The writer will state very clearly several times that they are a no limit submissive or slave. Each time I cringe, shake my head, or do a bit of eye rolling depending on how adamant or ridiculous the message is, because everyone on Earth has limits. Everyone!

Now I know there are some submissives out there that truly believe that can be a no limits person. Perhaps they tell me that, so I view them as very intent on pleasing me. Perhaps the idea of giving every ounce of control to another person is what they yearn for, and that is okay, but unless you know someone very well and know the person truly wants what is best for you, removing your power to say no to an activity is a bad idea.

First of all, do you know that I am safe and sane? Do I know you well enough that your triggers have all been revealed and discussed? What if I wanted to castrate you? How about sew your lips shut? How about having a tail surgically attached to your ass? These are actual fetishes I have come across, but they aren’t for everyone. If you are still saying ‘Yes, you can do anything.’ How about death? That puts an end to your enjoyment of giving of yourself as well as my pleasure in being served. It also has the consequence of spending the rest of my life in jail, so killing a submissive is on my list of hard limits.

Is there such a thing as no hard limits when someone is in a D/s relationship? Absolutely, but it belongs in a relationship where deep trust has been established by both parties, and the dominant is perceptive enough to take the submissive beyond the limit safely. Without these, claiming to be a no limit submissive to all potential dominants is dangerous. Even if you are a hard-core masochist, there are good sadists and bad sadists in our society, so if you don’t know someone well enough to determine which camp the person you are negotiating with falls into, hold fast to your limits no matter what anyone says.

I’ve heard too many stories about abusive tops or dominants, or dominants that use their submissive’s vulnerability and need to give up control early in the relationship, to be swayed on my stance. My wife was made to jump through hoops and agree to all sorts of things that were said to be ways of showing her dedication to becoming the person’s submissive. The fact that he didn’t follow through with them is partly because she met me and I was a sounding board of sanity, and partly because he didn’t plan on doing the hard limit things. He just wanted to fuck with her head and see how far he could push. Why is this wrong? Because she didn’t consent to mind fuckery. Toying with a person’s mind while they are in the throes of ‘My dominant is God.’ isn’t okay. Baby steps and open communication need to happen first. Instant trust is sub frenzy. An ethical person does not abuse consent given during sub frenzy or sub space.

The whole point of this post is really to cast light on the fact that in life it is okay to have hard limits, so why not in BDSM?  I hate centipedes and spiders. Killing centipedes is a pretty firm limit, hunting down and whacking the hell out of the spiders is a soft limit. Seeing one invade the private sanctuary of my queen’s bathroom while I am naked and soaking in hot water is a hard limit. I do not kill bugs while naked, and finding one floating in the water with me is so far beyond a limit, that I can’t even describe it.

These limits of mine that deal with day to day crap are considered perfectly acceptable and normal to most people. They may laugh a bit, but they do not tell me that if I really wanted them to be my friend or lover I would go into a room full of centipedes and prove it.

Can a dominant help a submissive get over past wounds and fears? Yes. Can a dominant and submissive begin to test the soft and medium limits after they know each other and know what might do harm? Yes. Can a dominant say they will kick you to the curb if you don’t do a gang bang scene which is a hard limit due to past abuse? Hell no. If you want to touch that limit you better know the psyche of your partner, have their uncoerced consent, as well as knowing how to scrape them off the floor when the something that maybe could go wrong, does.

Limits are okay. Limits are important. Limits are an ordinary part of our everyday lives and we cope with them the best we can. There is no shame in my fear of centipedes. The person terrified on heights needn’t prove to anyone that they can overcome it unless they want to. We accept that everyone has limits and fears because we all do. We have a natural empathy because we know there is something that totally creeps us out too. Having a kink limit is the same, and it sure as hell is natural. Many times, as we grow, change, and are educated, the limit transforms too. Electricity was under the ‘hell no’ column 15 years ago and now I love it, but my mind wasn’t altered by pressure or misguided immersion therapy.

Do what makes you comfortable. Explore what you wish to overcome with someone who cares about you. Try out new things when you are ready, but remember that it is okay to scream your safe word at the top of your lungs if anyone ignores your hard limits.

Be good to each other. Keep kink safe and positive. Play edgy, rough, thrilling, painful, mind-blowing, earth shattering, or whatever else you and another kinky person AGREE on. Don’t be bullied, because I sure as hell won’t be and neither will my wife. Have fun people, and in the meantime, I’ll be over here hollering red if a scary clown comes near me with the intent of abduction. I will stick to my limit even if he’s promising to kill all the centipedes for me, and I guarantee I won’t be feeling even a tiny bit of shame because of my fear.

2 thoughts on “Why The Shame for Hard Limits?”