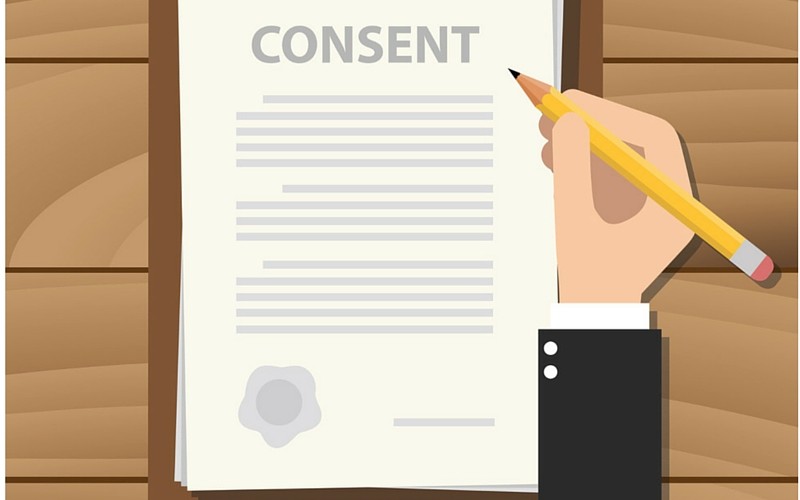 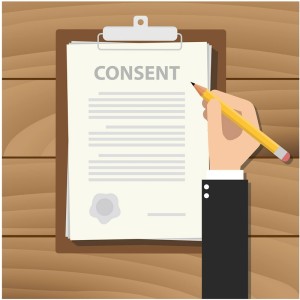 As most of us who are active in kink know, consent is EVERYTHING! I do not touch or become dominant towards anyone who has not verbally invited me to, has answered the question “Where can’t I touch you?” and has given consent to use a specified implement or have a play session involving X, Y, and Z. I also review the color system for play meaning green for keep going or more, yellow for I’m reaching the top of my tolerance, and red for stop right this second.

In my book, only those who are able to make that sort of decision can only give consent. Be it a young age, a lack of being able to communicate because of a language barrier, being incapacitate by drugs or alcohol, not being human, still being in subspace from previous play, or not being able to repeat what I just said I was going to do to them, takes away all consent. You cannot change your mind and agree to more during a play session either. When we are done and you are out of sub space we can talk it over with a clear head and decide what will occur next.

Over the years, I have had many chances to play, invited submissive men to come to my home (I KNOW them) for CFNM parties, and taken on various submissives for short and long term needs, romantic and non romantic relationships. Those who have become my submissive romantic partners only do so after getting to know them and falling for them. Still, even with Beauty, I laid everything out as to what would be expected, required, rewarded, and receive punishment for before she did a single submissive act or we played. There was a whole lot of making out, but nothing that would be considered BDSM until we were ready and knew where we each were coming from.

Most of the play I am involved in is done at play parties at my home with people who are friends. I know them well enough to trust them in my home and near my wife. There is still conversation each time I play unless it’s with Jud who is virtually indestructible. The rest of my friends have to have the talk if we are going to use an implement that I haven’t used with them in the past. I am also very careful when I am educating someone on the use of canes, electricity, or impact implement. I go over safety numerous times, and if they are new to topping or dominance, I really stress safety and consent.

Now on to age. First let me say that I have zero issue with the new generation of kinksters as long as they act appropriately in public so as to not draw attention in a negative way when I am attending a munch. Newer generations don’t tend to have as much stability in their careers as those who are my age. Gone are the days when you work at the same place or company for 30 years. They also have Facebook and have grown up in the technology age. People will post just about anything about themselves or others. They will chat with strangers, they will post nude pictures that include their faces, or just pictures of themselves on Fetlife and some of the more dubious sites. Just the thought makes me shiver. With all the facial recognition software out there, I wouldn’t think of such a thing. My employer would fire me if it were known about my kink.

Okay, I said I was getting to age, and I am. I have had a need for various service submissives over the years. If I haven’t met someone suitable in my kink circle, I sometimes resort to an online search. Let me say that this is not the ideal way. In fact, it sucks. It often is a huge waste of time, but once in a while, you can find a gem among the bullshit. When I log in, my phone immediately starts binging and I am flooded with mail. Unfortunately, most are not even remotely suitable.

I have my mail controls set so that mail from anyone who lives more than 100 miles away or is under age 30, goes to bulk. Yes, I said thirty. Remember what I said above about younger kinksters. I have no issues with them as long as they have manners and an understanding of privacy, but I will not take on a submissive who is under thirty. I have two personas, well three actually if you count Jolynn Raymond, who is my author name. The other two who actually engage in seeking submissives to take on or to train will not touch anyone under thirty with a ten foot pole.

Wow, that sounds as if I am snubbing them, but I’m not. I have good reason why for me, under thirty doesn’t cut it. Don’t get your panties in a knot because of that. I’m nearing mid fifties so under thirty seems really young, and sometimes need a huge helping of maturity from the table of life.

My best service submissives have been older guys. They are reliable, hard working, well mannered, knowledgeable, and genuinely happy just to be of service with no play attached. I have not come across a true service sub, by which I mean, truly does not want to engage in other aspects of BDSM in men and women under thirty. I know there are older kinksters who enjoy the young shiny balls and all that comes with them, but I am happy with the comfort and pleasure I feel when being served by someone who truly fits into my kink family, and for now, that person has to be over thirty. That’s just the way it is in my world. Accept it or shoo, we are a no drama zone.