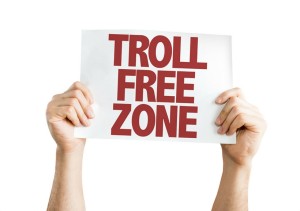 Why Do You Think That’s Acceptable Behavior?
by Brittunculi

I have men who are old enough to have lived life and experienced society and how it works sending me the most ridiculous messages. So I ask the question time and time again ‘Why do you think that’s acceptable behavior?’

Your fantasies might be great, but they’re yours. They have nothing to do with anyone else until they consent to engage in them with you.

Your penis gives you no rights over a single female on this site.

Have you tried the shit you pull at the supermarket?

Why don’t you speak to a Police Officer that way? See how far that gets you.

All I see when you send me those messages is a desperate man with no self respect. You’re begging me for private nudes, or sex, or even marriage. Nobody wants to date desperation. It’s a horrible trait that people avoid. If you want easy sex that’s really your problem. The women on this site were not put on earth to fulfill that fantasy for you.

You think your aggression makes you look better? I’ve sadly met two rapists in my life, I have no desire to converse with someone acting like one. You want to tell me what you’re going to do to me whether I like it or not, because you think a nude photo gives you the right to my body. What do you think will happen? Do you think I’ll get all light headed and feel I’m the luckiest woman on the planet to have an offer to be disrespected, abused and harmed? What happens is I report your bullshit, and block you.

My rights are hindered by an assumption that the expression of them gives men the right to do as they please with my body.

I have the right to consent.

A nude image does not revoke that consent

Nor does it give another person more rights than I

I’m a woman. I’m strong, fierce and proud. This is my body, and I will defend my right to express it as I choose, and to keep the right to consent to what happens to it, no matter how much clothing is on it.

So before you send a message to someone, ask yourself

Would I be happy if someone said this to my mother?

Would I say this in front of a Police Officer?

If you answered no to either question keep your comment to yourself, until you’ve grown into a real man who can be respectful towards those he talks to.

Edit: To answer a few of the questions

You wouldn’t be nude in a supermarket so it doesn’t count
Well I would if it was legal, it’s not so I respect the law. I do dress in clothing that shows parts of my body off. That still doesn’t give any man the right to demand sex off me, or assume they have rights they don’t. If a man sees me nude on here then they don’t have a right to in public make demands and be aggressive when I refuse.

This is a kink site.
So what?, you still don’t have a right to demand sex off women, and become aggressive and abusive when they refuse. Consent is a right everywhere not just in set places

There will always be assholes so don’t worry about it
I do worry, because if I don’t and I ignore it those assholes will think it’s acceptable, and in time they will go from verbal abuse (which is harmful), to physical abuse. Silence doesn’t cure the problem, speaking out does. It might be slow progress but as long as progress is made it’s worth it.

What will this achieve they won’t read it?
I’ve had two men apologize for being rude, so they do read it.
It also lets other men see that this type of behavior is unacceptable.
It allows women to know that they don’t have to stand for this, and that they have my support if they need it. The more we stand together the stronger we become.
I will also use this writing and send a link to men crossing my boundaries in the future.