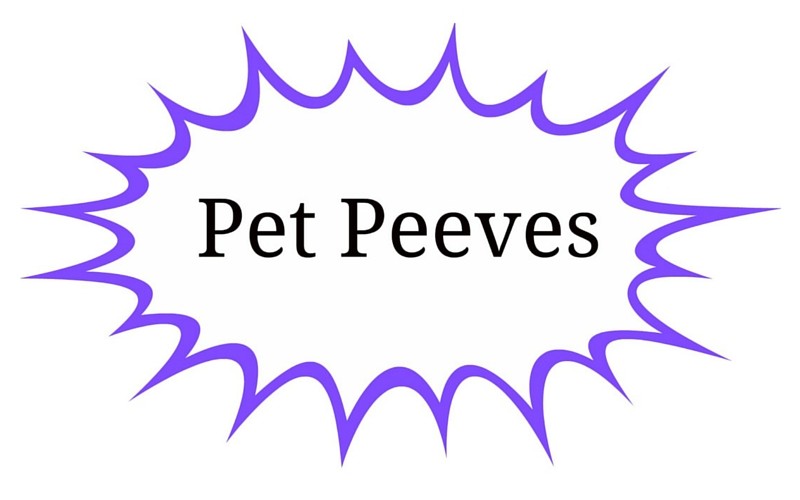 Home » Jolynn Raymond » Out With The Pet Peeves 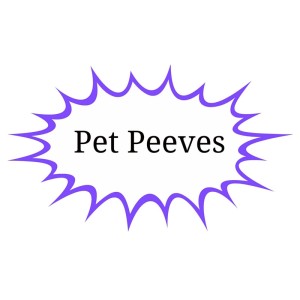 Out With the Pet Peeves

We’ve made it to another year. It seems like just a while ago we were all preparing for Y2K. Times flies. It’s the truth. I have made a personal resolution, but that isn’t what this is about. This is a light-hearted look at my pet peeves. We all have them. Those things that drive us crazy, and yet everyone’s pet peeves are different. I think that it is a good thing when it comes to Beauty and I. Of course, we share some, but we also have ones that are vastly different, meaning when I simply am ready to explode or throttle someone, she is calm about it and vice versa, which helps us take a breath.

I would love to hear some of my reader’s pet peeves. I think it’s fun to look at what makes others annoyed, only because it makes us take a step back and say “Really?” We are all human, and we all have to deal with the people who the universe tossed into our path.

Now that I’ve aired out my pet peeves, I will remind myself and my readers that we need to practice tolerance. Now I know that tolerance can only go so far if someone is truly causing you to be in danger or is invading your personal space, but I will try to be more accepting or simply get the hell away from people who put a dent in my day. Their stupidity, ignorance, indifference, hate, or inability to function within society can just be a blip on my radar. I don’t need to let them stress me out. In 2016, I will keep my eyes open, watch out for idiots and those hell-bent on their own destruction, and just take a breath. If you harm my family I will take action, if you just annoy me, I will count to ten and by then you will probably move on.

Happy 2016 everyone. Go forth and do your best to make it a great year.