Bullying Isn’t Just a Kid’s Sport Do you remember that kid when you were little, the one everyone avoided because if you caught his or her eye it meant impending doom? Maybe you were witness to or experienced first-hand the group of mean girls who thought they were better than everyone else was, and made life hell for the nerdy, shy people. What about the big kid who teases or beats up those weaker day after day, did you know him? Then there is the stereotypical group of jocks who stuff the loner or geek in his locker. I know, that particular act of bullying happens more often than not in the movies instead of real life, but it is an unfortunate reality that bullies exist, and there are a lot of people who can vouch for the cruelties of them. All of the above are profiles of bullies, but […] 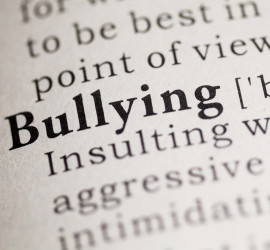