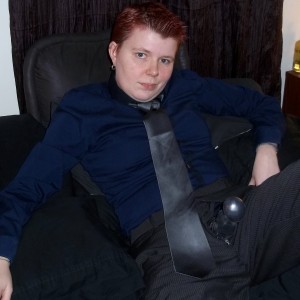 Even if you’ve slept with a person with similar anatomy before, not everyone’s body works the same way, and not everyone likes the same sensation.

This is SO important. I’ve seen other “guides” mention that not all women are the same. Kudos on that to the people who have written those, because it’s true. But NOBODY’S body works exactly the same way as another person’s. Not everyone with a penis likes blow jobs, not everyone with a vagina likes cunnilingus or penetrative sex. Talk about what the person (or persons) you are sleeping with RIGHT NOW enjoys. Ask them what they like and listen to them. It’s their body; they’ve been living in it their whole lives. It’s a foreign country to you, let them be your guide. Tell them what you like. It’s okay to talk about these things. Explore that person’s body a little and pay attention to the sounds they make.

Mutual satisfaction tends to be my overall goal. I don’t JUST want that person to get into bed with me; I want them to want to come back. Hey, you’re into that thing? I’m into that thing too! We should do that thing together. Often. If there is NO common ground. That’s okay. I don’t HAVE to sleep with that person. They can like what they like; I like what I like and we can both find other people to do those things with.

So now you’ve discovered that this person is into some of the same things you are and wants to do them with you! AWESOME! IT’S EXCITING!!! But, don’t rush through it. This is something I have to tell myself often. Take your time. I tend to get really nervous and excitable when I’m with someone new, especially the first time. It’s sex. It’s awesome. Take your time and enjoy what it is you are doing with the person you’re with. It’s not a race to have an orgasm. Speaking of which…

Orgasms are great, but sometimes they don’t happen. And you know what, that’s okay.

I love orgasms. I love giving them to other people; I love when other people give them to me. I can have them all sorts of different ways…sometimes. Orgasms are AWESOME. But sometimes for whatever reason, I just DON’T have them. Maybe I’m tired. Maybe I’m overstimulated. Maybe my hormones are being all weird. And the person that I’m with can be doing everything right and oh god it feels amazing, but I know that an orgasm is not going to happen. Everyone can be doing everything that everyone likes, but if an orgasm doesn’t happen? So what? It’s not a personal slight, and sometimes that’s not even the goal for me. If orgasms were all I cared about, I have toys and porn.

Overall, I’m a big proponent of communicating about sex with the person you’re having sex with. This communication does not always have to be verbal, but sometimes that works best for me. But if I feel like I can’t talk about sex with the person that I’m having it with or wanting to have it with, I take a step back and consider whether or not I should be having it with them.