Jack’s Guide to Doin’ the Sexorz Like A Boss by Jack @Jack_of_hearts7 I see a lot of “guides” floating around the Fetsphere on how to improve one’s sexual technique. Generally these things focus on oral sex (either blow jobs or cunnilingus), and they’re typically, but not always, written by men. Some of them are helpful, and some of them are about as useful as tits on a bull. Generally though, they’re very heteronormative. These are just things I like to focus on as a queer person. Even if you’ve slept with a person with similar anatomy before, not everyone’s body works the same way, and not everyone likes the same sensation. This is SO important. I’ve seen other “guides” mention that not all women are the same. Kudos on that to the people who have written those, because it’s true. But NOBODY’S body works exactly the same way as another person’s. […] 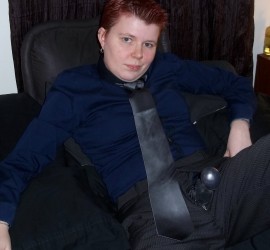