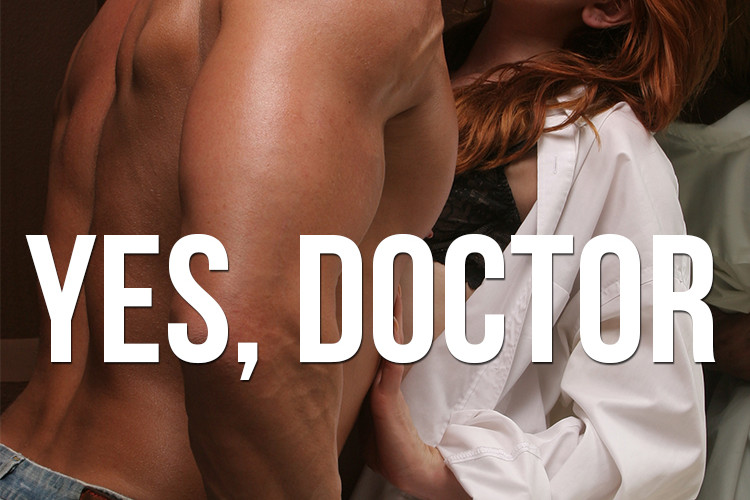 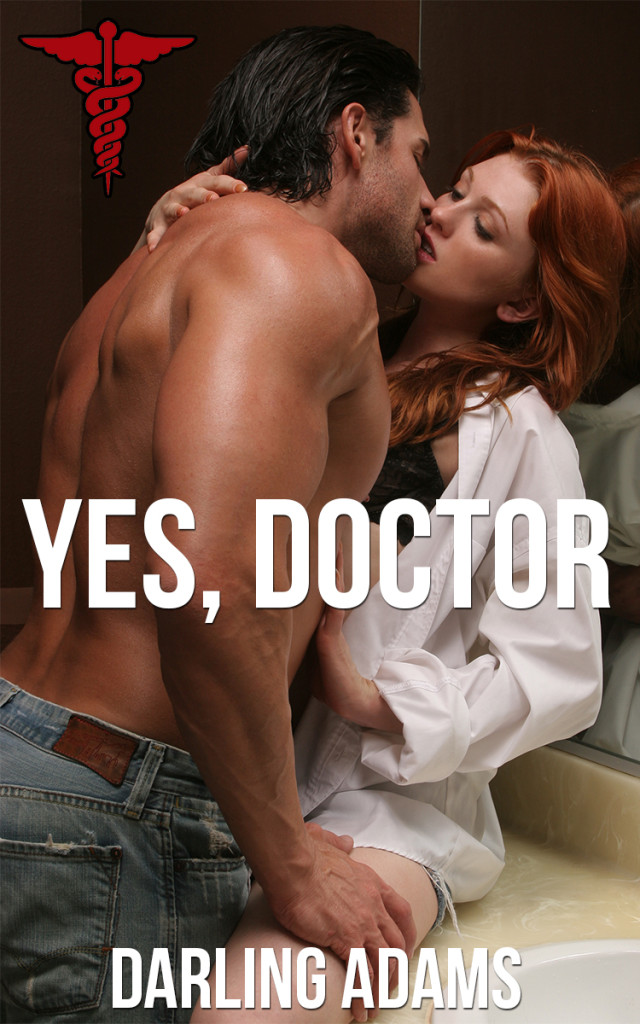 Despite working in an OB/Gyn clinic, Chloe hates doctors. Their know-it-all God-playing rubs her the wrong way—until the man she refers to as Dr. Dreamy shows her giving up control might fulfill fantasies of submission she never knew she had. He seems to enjoy torturing her in the most delicious ways, but he also reduces her to stammers and blushes, which makes it hard to get to know one another. Can he use his dominance to remove all semblance of control, leaving her with no option but to obey and show her true heart? 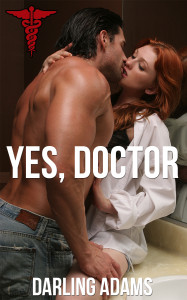 She drew an audible breath, her eyes widening, then whirled on her heel and walked swiftly out.

He looked through the rest of his lab reports and checked his watch. While keeping Chloe waiting held a certain appeal, the likelihood of them getting caught increased every minute she was away from her duties. He left his office and walked purposefully to the supply closet, stepping in and shutting the door behind him.

Chloe stood on the far end, her hands braced against the shelves behind her, as if she could not stand on her own.

“Turn around and bend over.”

She only hesitated for a few seconds before slowly rotating and folding at the waist.

“Pull down your pants and panties.”

She reached back, hooking her thumbs in the waistband of her scrubs and slid them down.

He stifled a growl in his throat, the sight of her creamy white ass offered up to him making it hard to breathe. The pink lips of her sex peeked out, the smell of her arousal filling the supply closet.

Voices in the hallway brought him back. He deliberately stood so his body would block the sight of her if anyone opened the door.

“Place your hands on the shelf in front of you,” he instructed.

He sauntered over, maintaining the air of casual disinterest, while the animal in him wanted to pounce, to take her right there in the supply closet, fucking her until her teeth rattled. He drew in a breath and released it, stroking the sensuous curve of her buttocks.

She remained still, waiting, a slight tremble in her knees making her buttocks quiver.

“Only you, doctor,” she said, making him smile.

He rewarded her by caressing her glossy slit and she whimpered, pressed her butt out further. “Today we’re going to work on orgasm training.”

“What does that mean?”

He gave her ass a quick spank. “Do not speak except to say yes, doctor,” he said sharply.

He pulled out the LYLA 2 and rubbed its head in her juices.

She twisted to see what he was doing, but he grasped her hair and pulled back. “Did I say you could look?”

“Eyes on your hands.”

She dropped her head, staring at her hands on the shelf, as he instructed.

“Shh,” he warned, clamping a hand over her mouth. “No moaning, no groaning. And you will definitely not be orgasming until I give you permission. He shoved the LYLA deep inside her. “Use your Kegel muscles to hold this in. I don’t want to have to come back in here and reinsert this,” he said, although he’d enjoy nothing more.

He pulled up her panties, then her scrub bottoms and, reaching around front, cupped her mons. “How does that feel?” he asked, his cock pressing against her low back.

She took a shuddering breath. “Um…fine?” she said in a desperate-sounding voice.

He chuckled and turned the speed on the LYLA up. “Just fine?”

She gave a whimper of protest. “What are you doing to me?”

He moved his fingers over her sex, adding external stimulation.

She made an indistinct sound.

“Enjoy your day,” he said, turning and walking out.

2 thoughts on “Playing Doctor in the Supply Closet: Yes, Doctor by Darling Adams”