This is from an old piece I haven’t done too much with. I think perhaps because it’s really gritty, raw, and in your face, dark. I have a trilogy of paranormal historical romance called Beneath the Shadows of Evil which begins with Taken. If you like HEA’s, rainbows, or sunshine, just move along. This story is modern. My vampires don’t sparkle. They are creatures who are sexy, bestial, and more than a little bit evil. This makes for a perfect backdrop for BDSM, Gabriel is a very possessive vampire and Cassie his claimed mate who purposely made him jealous when they are out on night. That was a baaaaaaaaad idea. ~~~~~~~ One last thing is that I preach to never punish when angry. Gabriel is pissed as hell and he is a souless vampire, so he gets past that safety rule. This is from The Demon Inside. ~~~~~~~~~~~~~~~ “Gabriel […] 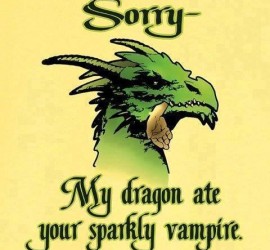