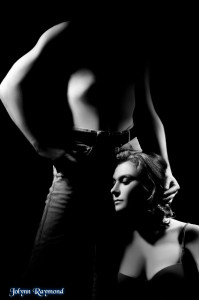 A couple of weeks ago I clicked on an ad on Fetlife.com that wanted people to take a survey about their involvement in kink. Out of curiosity and hoping for a chance to open some eyes at whatever university was seeking the information, I went ahead with it. Page after page had questions about giving and receiving pain, liking humiliation, having multiple sex partners. Nearly every single question, which was multiple choice or providing a rating of 1 – 5, centered on past abuse, substance abuse, being sexually promiscuous, and assumed every kink or fetish they listed was tied to sex. I forged ahead, becoming disgusted, but being determined because of my hope that there would be a box for comments. In the end there was, and I really did my best to clear things up, but the whole thing left me angry and annoyed that this university of supposedly highly intelligent people would have things so very wrong.

Due to a number of factors, there is a common belief in the vanilla sector that those of us who enjoy BDSM are somehow broken or that if we are just loved enough, they can ‘heal’ us. People believe that those of us who are sadistic are following in the footsteps of an abusive parent. Those who enjoy pain, being whipped with a belt, or hurt in some other way, need to relive their childhood beatings in hopes of banishing the terror left inside from the past abuse. Some think those who choose to be a submissive or a slave cannot function and make decisions for themselves, have some kind of Stockholm syndrome in their relationship with their dominant, or some other psychological disturbance that draws them to controlling people. Others have the misconception that submissive people have the wires in their brain crossed, and that makes them desire an oppressive or abusive relationship, and those who are dominant are abusers who prey on these mentally disturbed individuals.

People believe dominants must have every aspect of their relationship under their control to quiet inner fears of things going wrong or to put right a past that was out of our control, and submissive have some deep need to heal from abuse. None of these things must be true, but on occasion one of them might be. These things aren’t any more prevalent in kinky people as they are in the rest of the population. Having an part of your life that is oppressive or hating your boss doesn’t mean you are mentally twisted and so must harm and control someone in order to feel sane, or that any side we choose, be it dominant or submissive, or any way we play, be it sadistic or masochistic is done because we have a substance abuse problem or mental health issues. Well I am going to stand up here on my soapbox today and cry foul.

People tend to disparage what they do not understand. They cannot wrap their heads around people getting enjoyment out of pain, humiliation, submission, and dominance. Who would enjoy that?! There must be something wrong with them. Why would someone enjoy being beaten or being used as a piece of furniture? The concept is so far out of their realm of understanding that they must do research on us, place labels on us such as abusive, psychotic, or mentally ill. We must have had something in our past that broke us, and now we are seeking a way to mend that is inappropriate. We need psychiatric help so we can work though our pain. Only then will be stop entering into abusive relationships, stop hurting others, or wanting to be hurt emotionally or physically.

I am a dominant person involved in a 24/7 relationship who has a submissive wife, service submissive men who tend our yard and our home, and I beat people for recreation. Yes, I am sadistic. I enjoy inflicting pain. It gives me a rush that may be like the rush others who do extreme sports get, and it gives a rush to those on the receiving end of the flogger. Having a good hard session and beating my extremely masochistic play partner releases stress. Having a submissive wife who stays at home tending her family and home with whom I practice domestic discipline, which means she is punished for not doing as she is told, keeps my life on an even keel. I like order. I love a clean home. I love being able to relax when my workday is over and have her do all the little tasks that clog up our lives.  I enjoy having a hand in all that effects our lives. Yep, that’s me. A sadistic dominant. I suppose we ought to toss the lesbian part in there too for good measure too because hey, we lesbians are twisted as well. I am all of the things above, but I am not broken.

My childhood was normal, even better than normal I think. There was no abuse, no yelling, my parents never fought as far as my brother and I knew. There were the occasional spankings when we were young, but they were done by hand. It was about as regular as a person can get. I dabbled with drugs, drank too much in my teens and twenties, was sexually promiscuous as well in my wild younger years, but again, that is pretty normal too. At least for a child of the 60′s.  I was never broken and I’m not broken now. I suffer from occasional depression, have mood swings that drive me crazy because of being in menopause, get a bit freaked out by clutter, despise being late, but I am not broken. We all have things that upset us or make us crazed.

If I hurt people without their consent, I would be broken. If I was abusive to my wife, kept her from seeing friends and family, punished her for any mistake real or imagined, threatened her to keep her at my side, I would be broken. If I blackmailed my play partner or service submissives in order to get them to let me hurt them or to force them to tend my yard and home, I would be broken. If I drank too much and became violet whenever I was drunk, I would be broken. If I took all my anger out on others verbally and physically without caring if they received pleasure or abiding by their limits, I would be broken, but I don’t do any of those things. I am not broken and while some of our friends have things in their past that were traumatic as all of us tend to have by the time you’ve lived 50 plus years, they are not broken either. We are a happy, fun group of people who enjoy an extreme sport you’ll never see in the Olympics.

Are there dominants who are abusive? Yes. Are their submissives and slaves who cannot deal with the world directly and so buffer their life with someone who can filter the crap? Yes. Are there people in the BDSM community of whatever role they choose who drink too much; take drugs, gamble, etc.? Yes. Are there predators in our midst? Yes, but I imagine I wouldn’t have to look far to find a predator in my own neighborhood. Dominant or sadistic doesn’t equal predator if we have consent. We live a little wild, we enjoy things that make the vanilla’s squick and shocked, we do things that make those who don’t do them think we’re crazy, but we are not broken.

20 thoughts on “We Are Not Broken”