A couple of weeks ago I clicked on an ad on Fetlife.com that wanted people to take a survey about their involvement in kink. Out of curiosity and hoping for a chance to open some eyes at whatever university was seeking the information, I went ahead with it. Page after page had questions about giving and receiving pain, liking humiliation, having multiple sex partners. Nearly every single question, which was multiple choice or providing a rating of 1 – 5, centered on past abuse, substance abuse, being sexually promiscuous, and assumed every kink or fetish they listed was tied to sex. I forged ahead, becoming disgusted, but being determined because of my hope that there would be a box for comments. In the end there was, and I really did my best to clear things up, but the whole thing left me angry and annoyed that this university of supposedly highly […] 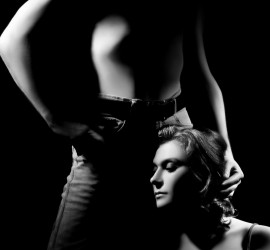