Congratulations and a huge thank you to Linda Terrutty who entered the Indie Author Giveaway over at Paranormal Romance and Authors Who Rock . As an independent author I really appreciate her support. It’s readers like her who take a chance on those of us who aren’t well known authors who make a difference. Thanks Linda for helping me follow my dream. Your signed copy of Taken… Beneath the Shadows of Evil Book One will be on the way as soon a I receive it from the publisher. 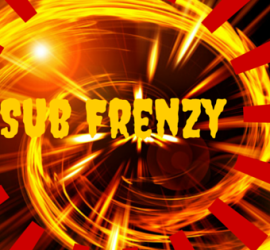 What Is Sub Frenzy, and Am I In Danger of Having It? When I started this post, it was with the intent to identify, explain, and inform people about a thing called sub frenzy. I accomplished what I intended, but as I often do, I expanded on my original idea. I tend to ramble, and in this case this post transformed into something that can be used as a guideline not only to those in danger of being in the grips of sub frenzy, but for submissives who are seeking an ethical dominant who really has their best interest at heart. Many, if not every submissive has experienced sub frenzy even if they don’t know what it’s called. Basically, sub-frenzy is the overwhelming need to experience submission. As a submissive, you will do anything to become someone’s submissive or feel that glorious feeling of being owned or under control, no […]