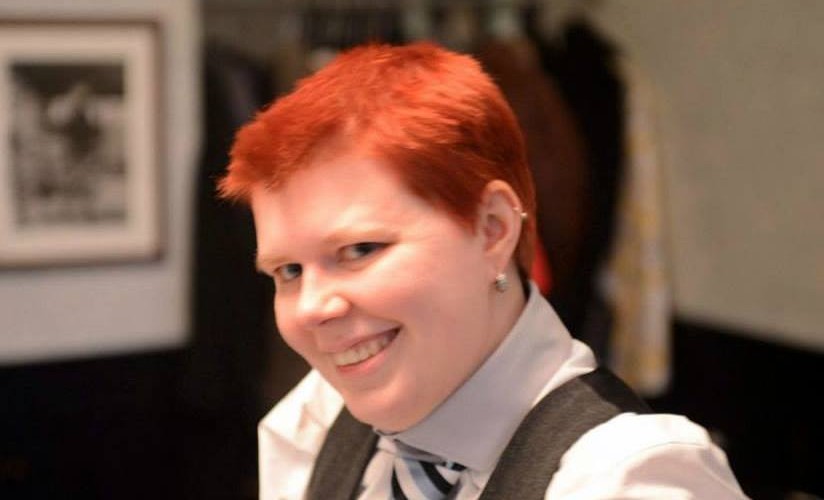 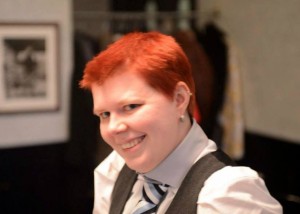 This Is How I Poly.

There are certain ideas, certain concepts that I have long wanted to communicate clearly and concisely to partners, potential partners, lovers, FWBs, or people that I have complex relationships with that I do not have a name for. Sometimes though, I find myself, for whatever reason, unable to clearly articulate them. I may make additions to this list as it occurs to me to do so. In no particular order of importance…

Point the First: I don’t place my relationships on a hierarchy.

It is true, I am married and rather happily so. And sometimes the people I am involved with naturally assume that means that my spouse will always “out rank” them in terms of importance in my life. That is not true. While he is my “primary” partner, “primary” in this instance means that my life is most entangled with his. We share finances, cohabitate, sleep in the same bed. We love each other deeply. If something were to happen to me, he would have first say in my medical decisions and vice versa. “Primary” for me does not mean “Most important and everyone else is automatically second place.” I do not scale my relationships like that. What my relationships look like varies wildly because the individual people vary in terms of needs, desires, and personality, what I have with one person isn’t even comparable to what I may have with another.

Second: I prioritize the person with the greatest need at any given time, but i do not expect to satisfy all of your needs.

If you need me, call. Come by. If you are feeling neglected, I will do my best to spend more time with you. If distance is a factor and we do not get to see each other very often, any time that I spend with you is going to be entirely about you as my main priority. Tell me what you need, and I will do my damnedest to give it to you. Because I care about you, and I do not see having needs as a negative thing. However, I do not expect that I will be able to satisfy every single need you might have. I’m a realist. Which is one of the reasons why I am poly. The notion of expecting one person to satisfy every need or even more than one has always seemed ridiculous to me. Humans are extremely complex.

Third: I mold my expectations to fit my relationships, not the other way around.

Going off the “Humans are complex” thing, if I get involved with you, I might have some idea of what I want out of that relationship, but am willing to adjust and adapt based on where that relationship goes. I do not have a rigid, preconceived of “mold” that I just expect you to fit into. Many people get involved in relationships with the expectation that it is going to eventually lead to something resembling the greater entanglement of their lives (cohabitation, relocating, marriage…etc.) and that if it doesn’t result in that it is “pointless” or a “waste of time.” But I see every relationship I have as being valuable. I’ve been in long distance relationships where neither of us desired or intended to relocate. I’ve been involved with people who are married and not seeking to add any additional people to their house. I’ve had exclusively sexual relationships that have gone on for years without any expectation of anything “more.” I’ve found fulfillment in each of these, because it’s about my interaction and relating to the person as an individual, not necessarily “Where is this going?” Sometimes the thing you need doesn’t always come packaged the way you expect and that’s okay. Sometimes it doesn’t always look the way you thought, sometimes it doesn’t have to look like anything at all.

Fourth: I will not set myself on fire to keep someone else warm, and I don’t expect you to either

Everyone’s got issues. I have more than my (and maybe a couple of other people’s) fair share. I try my very best not to put my hangups on other people unless they are willing to take them on, sometimes it can’t be helped. I have told people before that my “primary” (in this instance it DOES mean ‘most important’) relationship is with myself. Granted I sometimes I have a hard time remembering that. But if I am not being good to me, I can’t be good to anyone else. Spouse, partner(s), friends, family, all of those relationships suffer if I don’t take care of myself. You can help if you want, but it’s not anyone else’s job to “fix” me. I’ve had people try before; I’ve tried it myself with other people and it just ends in frustration and resentment.

Trust is a fragile, tricky thing for me. Some people it takes me a very long time to trust, others it’s almost instantaneous. But once it is broken, it is almost impossible to repair. There was a time in my life where I trusted next to no one; everyone was automatically an “enemy” until they proved otherwise. And that made for a very lonely, nearly friendless existence. I’ve discovered though that the majority of people who lie to me don’t do so out of malice or even deception. Mostly, it’s to avoid hurting me. Here’s the thing: Don’t. Just don’t. While I am extremely logical, I do have a pretty sharp intuition and one way or another I will know if you lie. And then not only do I then have the pain of whatever it was that for some reason they felt they couldn’t tell me, I have the additional pain of the shattered trust. And that knife cuts deep. No matter how good your intentions are, whatever it is, it cannot possibly hurt me as badly as violating my trust.

Sixth: I get jealous sometimes, and it’s okay if you do too.

As long as we talk about it like adults. I’ve heard many times over that jealousy is the MOSTEST HORRIBLEST THING EVER for poly people that it is the death of thousands of poly relationships a year. I do not see jealousy as the big scary emotional boogeyman under the bed. It’s a feeling, like many other feelings that people have, and it’s an important one that comes from a real place. So let’s talk about it. Nine times out of 10 for me, talking about it uncovers the root of the issue and helps to find a resolution. Which to me is a much better alternative than just letting it fester in silence.

Seventh: Our relationship will rise or fall on it’s own merits

This isn’t actually my own original thinky-thought. It is a sentiment that my spouse, Mister Tamed has brought up several times in the past. But I find it very useful as well. In our relationship, we do not utilize the concept of “veto power.” There are some people who do, and if that works for them, that’s great. But if we have concerns about the other person’s relationship, we talk about it. We do not tell each other who we can and cannot have relationships with. And I do not try to force my partners to “make friends” with each other. Is it easier if everyone gets along or is at least civil to each other? Absolutely. But it’s not mandatory, and I don’t expect all my partners to suddenly become best bosom friends.