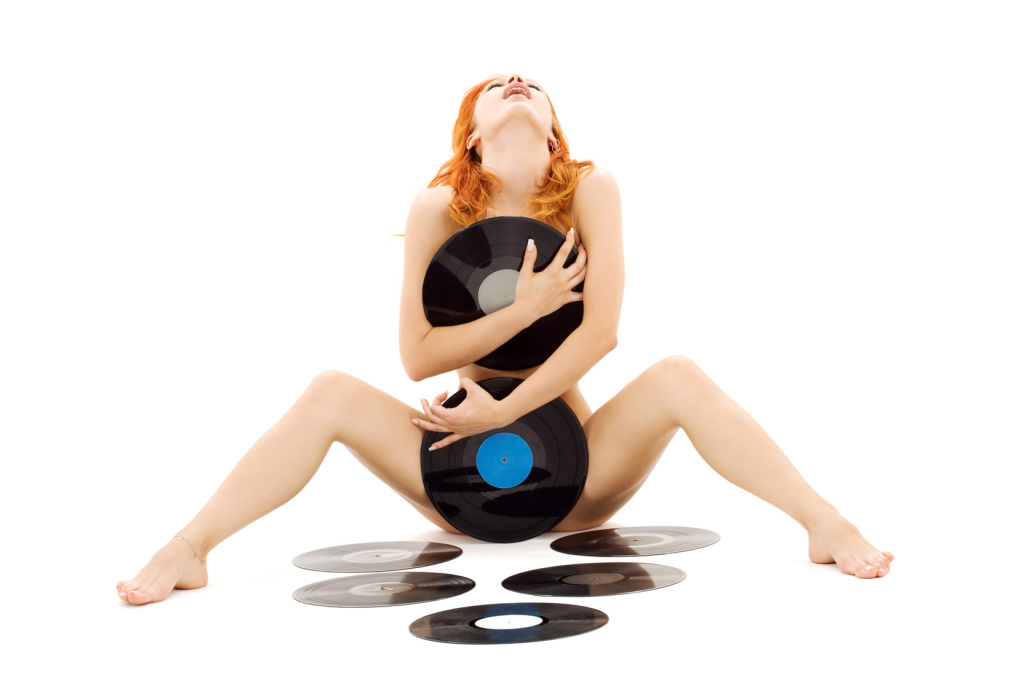 DJing at Kink Events
by Spike72

It’s no secret that I have been Djing and MCing at quite a few kinky events over the past few years: Madtown Kinkfest, Grind, the on-hiatus ForPlay, Kinky Kollege, and recently Sabbat de Sade. Hell, I even hosted “kinky karaoke” at Twisted Tryst once. DJing is my chosen profession now, and honestly, even with the slow growth my business has been having I have been pleasantly satisfied at the amount of exposure and gigs I’ve been getting. I think I’m ok at what I do; I still have some learning to do, but that means I can only go up from here.

DJing at kink events is its own reward for the most part, because like other members of a kink-con staff I donate my time, equipment and talent. Just like any gig, I am aware that not everyone is going to appreciate the type of music I play. Just to lay a bit of math on you, on Beatport.com there are 21 different genres of electronic music represented, and that’s just electronic music. I would estimate there are hundreds of different genres available in the world, all with their own audiences. The chances of pleasing every ear in a room full of people is mathematically impossible. Moreover, there isn’t a hard drive in the world that can hold every song ever made and all of their remix versions.

So, let’s start there; requests. The word seems to take on a new meaning in regards to music and DJs. It almost becomes its antonym “demand”. I hate to carry a big stick on this one, but when it comes to my equipment, I get final veto rights over any music that is or isn’t played over my equipment. After all, when someone doesn’t like what I’m playing, who do they blame? The person who requested it, or the person who is playing it? That’s right, the person who is playing it. Also, I reserve the right to not play music based upon whatever reasons I choose. I usually don’t play music that denigrates alternative sexualities or glorifies rape. I once had a guy give me a tip to play a song whose opening lyrics were “faggot-ass motherfuckers”. I gave him his money back and told him I would NOT be playing that. My last name is not Wurlitzer; I am not a jukebox.

Along that very same line, let’s discuss the concept of just playing any-old-thing someone expects you to. I cut my DJ teeth on being the very thing I don’t want to be today: a human jukebox. With an internet connection, I could find any song anyone requested on-the-fly and made it my tagline: “I’ll play any song, any genre, any artist, I don’t care. But if your song sucks, I’m calling you out!” So, when some dudebro decided to test me by requesting a Justin Bieber song, I would immediately ask them their name. When I played the song I would announce “this one goes out to Cody” and point to him in the bar thus taking some of the heat off of myself. Eventually, I found several problems with this model. The first being that the program I was using would find its music from several sources and sometimes those songs would have a “bumper” in them advertising a radio station or even another DJ. So, I would have to preview several songs on-the-fly before I found one that was suitable. Also, the quality was sometimes questionable. When you play a sub-quality song over a PA system, it only amplifies the shittyness of that song.

So, to get good quality songs, I have found the most reliable way to attain them is to buy them (we’ll get into that more in a bit). The other problem is that playing music of different genres, tempos, and keys is that the whole night sounds like a mish-mash. It subconsciously drives people away from the venue, and that is not what you want from any gig. This is when I started learning about beat-matching, cross-fading, bass-swapping and enharmonic mixing (Google them if you must). The other issue is that downloading, previewing, analyzing, naming and organizing music while you are playing music and videos (yeah, I do that too), takes up processing power. As we all know, using too much processing power can cause programs to crash. I have yet to meet a DJ program that hasn’t crashed on me at least once. And nothing is more embarrassing to have your music die on you in the middle of a song. It makes you want to crawl into a hole and die.

One other wrinkle in the whole digital age of music: most DJ programs can’t comprehend a folder filled with 100’s of gigabytes of music – it will crash the program. So, a couple of alternatives are to either not let the program be aware of your music folders. Or, only select a few songs from your massive music collection into “crates”. You know, like a vinyl DJ. This option is what has worked best for me. I don’t try to inundate my machine with every song I have; I select enough music to get through the gig and stick to it.

Now, on to buying music. I like to buy my music from sources that get it to me at a high quality and preferably on a cloud-saved basis. So, if my music collection is ever lost, I can simply re-download it. Even with that, I prefer to listen through the entire song to check for quality issues, analyze its beat grid (to determine its BPM), tag it with its Camelot wheel key (Google it), and put it into an appropriate crate (usually marked with the date I acquired it). In addition, every file displays its time, artist, name, genre, and file location. I do this because I’m a control freak, and I like to know everything I can about a song before I play it for an audience. It’s my kink, don’t judge me.

So, if you’re still in a math-y mood, preparing 3 hours of new music takes me how long? That’s right, at least 3 hours!

Now, on to kink events and music. I play the music I play (mostly EDM and psy-trance) for their tempo; which is anywhere between 125 and 145 BPM. I usually keep their tempo(s) around 128-136 BPM. To me, this is the perfect speed for spanking or flogging. There are fewer pleasures I have in my life than an entire dungeon full of flogging and spanking people who unconsciously sync to the music I am playing. It’s like Dom-ing a whole room full of people of once.

Now, I understand this kind of music smacks in the face of the more traditional Adiemus, Enya, and NIN’s ‘Closer’ – all music I have played at play parties in the past. Like, 1997. I feel I have grown, I like the more electronic music of the present day. I have had pretty good success playing it at multiple events.

So, when someone comes up to me at a kinky event with statements like “here’s what you SHOULD be playing”. Or, “what you’re playing isn’t very dungeon-like”. Yes, I tend to take that somewhat personally. As I’ve stated above, I spend a considerable amount of time, effort and personal resources not just getting to an event, but also in preparing for it. I donate the wear and tear on my equipment (my mixer died recently), the money I spend on music, the time I spend standing at my decks (no, I won’t use ‘autoplay’), and never ask for anything other than what the event is willing to compensate me with even if that doesn’t include anything of a monetary nature.