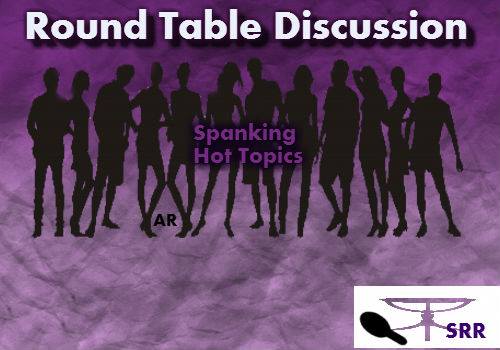 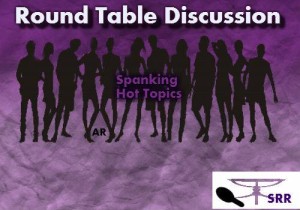 This weeks Spanking Romance Reviews {SRR} Roundtable Discussion topic is The Vanilla Spouse: When Your Significant Other Doesn’t Share Your Fetish.  It is being hosted by Katherine Deane.

Usually it’s Jolynn that tells you what’s what, but I had something to say about this as I’ve already lived it.

So, long before I had met my husband I had already been reading all the books and magazines that I could get my hands on before I turned 18. I grew up in the 70’s when swinging and disco were big, and my Mom would take me to bookstores and I’d ask her if I could have a book. One book I snabbed was about swinging. I don’t remember the title, but I remember the color of the book. I trotted around the neighborhood reading it, and I thought that was interesting. I babysat for single ladies that went out to the disco or party and was glad to for a $1 an hour.

When I was nineteen I met my first husband, but we didn’t move in together until I turned twenty in the winter. When you are young it’s hard to know if you are going to have things in common when you get older. This was 1986 and so when we were first together we did have things in common like sex, drugs, and Rock and Roll.

I moved to the country to be with him from Milwaukee and I was bored to tears. When you are used to going out dancing and listening to live bands, to sitting in a bar with guys who think putting on a clean baseball cap is dressing up.

Fast forward to my late twenties, I was reading the Sleeping Beauty series by Anne Rice, and Exit to Eden (before they turned it into a crummy movie and ruined it.) I also had read Nine 1/2 Weeks, the Story of O, and Pat Calfia’s Sensuous Magic: A Guide for Adventurous Couples. So all of these books have to do something with D/s. I was nowhere near having a D/s relationship with my husband. He thought anal sex and going to the strip club with me was living it up. I tried everything I could to help him kink it up.

We had subscriptions to Playboy, Penthouse, and at one point Hustler. Kind of crass, I know. We had the Playboy Channel, rented ‘dirty’ movies, and watched HBO’s Real Sex. I got catalogs in the mail from the Fetish Factory that you had to fill out the order form and send away in the mail to get things. I still have quite a few catalogs I couldn’t part with, and theirs is one of them.

Why am I telling you what I read and what we had? It has to do with all the things I wanted, and BDSM was just a  daydream that I was having, since I was living in vanilla world. I had a really high libido also, and he would tell me to stop that, and go to sleep. Or if we have just fooled around and he got his, he would fuss if I asked him for a grand finale. Like it was a big inconvenience that he couldn’t just roll over and take a nap before he went to trot off and do something else for the day. Sorry, golf and sports, and drinking in the bar watching golf and sports is not that exciting.

So in my late 30’s when I was interested in building computers, and not interested in doing what he wanted, he ended up having feelings for a woman that he worked with for quite a long time, and ended up spending loads of time with her, sitting in the bar and playing Euchre or going on golf outings where you drink when you are playing. This is right after you get up and it’s 8am or earlier in the morning. No thanks. This is also when I was doing health care and had other things to do with my time. So, I ended up moving back to Milwaukee when I was 36 years old.

I met my second husband who thought he was dominant, and he gave it a try, and would do a little more of the kinky things with me. But, he also didn’t want to keep a job and he drank when he was in a depressed state, when he was on a downswing from being manic. Plus he didn’t want to take meds to help any of that, so we lived apart more than we did together it seemed like. I did give him loads of chances since I’m swell like that.

Not to mention that I am Bisexual, and neither of my husbands understood that. My first husband openly mocked me for it and told everything to his friends, so we had no secrets, and I felt like my dignity went with it. My second husband figured that if I could have a girlfriend, then he would to. That went over real well, and it was more like he was on the computer while he was drinking, trying to pick up girls over webcam. You could smell the alcohol in the hallway outside the apartment. Didn’t make me want to go home, so I worked two jobs.

So, that is my bumpy road on the way to kink, which didn’t really happen until I was 43 years old. Can you say, what a long fucking time to get there?

I met Jolynn in August of the year I was 43. I had been dating a Dom that his kink was not my kink, even though it was great fun in the beginning that Spring. He wanted no limits by the end of the relationship. The thing is that I have limits, and don’t let anyone tell you that you don’t have any, and that person can do whatever they want to do. He was the first person that really spanked me, and incorporated it into our play.

Jolynn, as you know is a spanker, and enjoys the more dark side of play. She can let that out with her masochist play partner with the special toys. I’m a more sensual person, and not hardcore. So here we are, with a Dungeon in the basement. I love Jolynn and I don’t tell her all the time, and I should. I love you Jolynn. 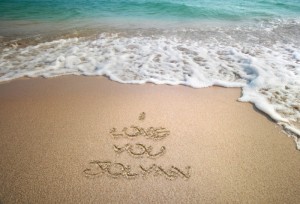 23 thoughts on “SRR – Round Table Discussion: When Your Vanilla Partner Doesn’t Share Your Kink”