Mia struggled as she came through the back door balancing three full bags of groceries. She dropped her keys as one of the bags threatened to spill, tightening her arm around it, as she tried to swing the door shut. She growled in frustration, as the bags began to slip, then kicked the door closed behind her instead. She reached the table just as the paper sack clutched in her fingers ripped, sending oranges rolling across the floor. She dumped the rest of the bags on the table with a curse and a grimace, then gathered up the wayward fruit and quickly put the food away, finally spying the note resting on the kitchen counter. Her expression turned from a scowl to one of delight as she read Ethan’s instructions. Kitten,   Follow the trail of roses and read each message along the way. I have some surprises in […] 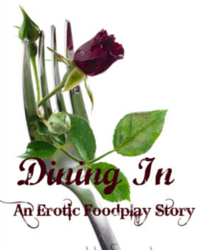 For our first Valetine’s Day, Jolynn had flowers delivered to the house. I wasn’t expecting anyone at 10am in the morning, as I still had my robe and jammies on when I answered the door. It was the delivery guys bringing my flowers to me. The flowers were unexpected, as I’m not used to having someone give them to me for special occasions or just because. An hour later Jolynn called me to see if I had gotten them that morning, which I had, and I told her I was surprised. She normally never shops anywhere after work, as shopping isn’t her thing, especially at the grocery store when everyone and their mother is there getting what they need for dinner. So it’s getting to be an hour later, and I worry, since she always comes home at a certain time. I think I did call after her that day to […]