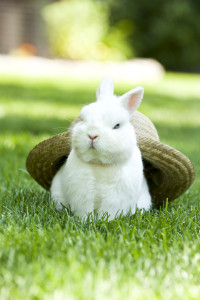 Beauty and I are not really known for our magic tricks. I may have more than a few tricks up my sleeve, but they aren’t normally of the pull a rabbit out of a hat variety. All that aside, I imagine more than a few of you have wondered where on Earth have Jolynn and Beauty gone. It seems as though we really did pull a disappearing act for the last couple of months, but we did not fall off the face of the planet. Our absence was more of the stuck in a deep dark hole variety.

Almost a month ago, my brother who is 54, had a medical emergency that we still aren’t really clear on. It involved him being found in his bed unconscious and unresponsive. He was breathing, but not well because he had aspirated vomit for a couple of days. Now we don’t have the final report on just what happened to him, but I am thinking it was a diabetic coma. The hospital told us he had drugs in his system and that his body was deprived of sufficient air for too long. There are no final facts and I guess we have to live with that.

For a couple of days, we didn’t know if he would live or how badly his brain would be affected. He was intubated, tubes ran from way too many places, he was restrained because every once in awhile his body would convulse because of the ventilator and he would sound like he was choking. Pretty gruesome, and of course very worrisome and stressful. Lots of time was spent at the hospital, thinking about possibly needing a long term care facility and trying to digest that it all was really happening.

On the third day, he blinked on command and widespread relief went through all of us. My mom, the Queen Mother, is soon to be 89, so I was stressed about her being stressed, and poor and wonderful Beauty held us all together. Once his lungs were cleaned out, he became conscious and spoke which was another relief, but… he wasn’t quite right, not by a long shot.

So after a week they kicked him out of the hospital because his body was healthy enough. To that, we all said, “Are you kidding me?” He couldn’t remember how to get dressed, but they sent him on his merry way. He obviously couldn’t go back to his house alone. The Queen Mother wanted to take care of him, and it took Beauty until nearly 1:00 am to get them settled, get his meds set up, and make sure my mom knew how to have Dave check his blood sugar and do his 4 insulin shots. After she found out he couldn’t remember how to eat a banana, and had his blood sugar drop into the 20s, it was apparent that my mom wasn’t able to care for him, so he moved in with us. We closed off the dungeon and put bar stools in front of the door. Pretty tricky I know.

So Beauty has been a wonder and ever so busy running to doctor’s appointments, making sure Dave was doing everything he needed to and just being the fabulous wife that she is while I’ve been dealing with extra crap at work that has my head spinning. My brother came around after a week and really is back to being himself. He has zero recollection of what happened to him.

So, Beauty goes over twice a week, and we talk to my brother regularly to make sure he is okay. I’m on vacation for a little while and am trying to put work on the back burner, and have a very nice little vacation planned. We won’t be around for a few days because I’m taking my lovely wife to a romantic bed and breakfast tomorrow, whisking her away so she and I can reconnect and just be together, alone, in a double whirlpool, with a roaring fire eating chocolate covered strawberries, and enjoying each other and every moment we now have out of the black hole that March was.

Hug those you love today. Tell them you love them and look them in the eyes as you say it. Life can be short. It can be ripped away just like that or at least feel like everything you do and everyone you love have been tossed into a blender without the comfort of margarita makings.

So we will be gone. I will be making love with my wife and checking out this particular bed and breakfast to see how they treat same sex couples. They do small weddings there, and we may want it to be the place where we get married all the way this summer. We had a ceremony before, and it was a collaring/wedding, but at that time we couldn’t be legally married in our state. Hopefully, things at this B&B will be beautiful, and the owners open minded. I’ll report back on that, but only after I enjoy each moment with Beauty.

5 thoughts on “The Disappearing Act #Presto!”