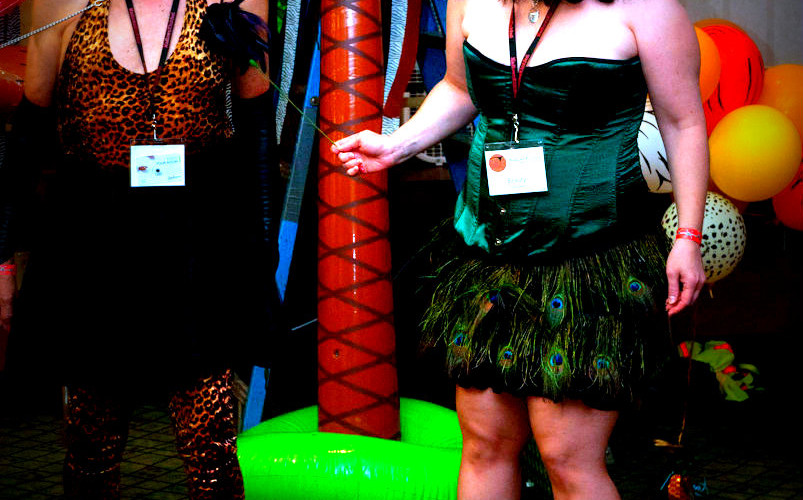 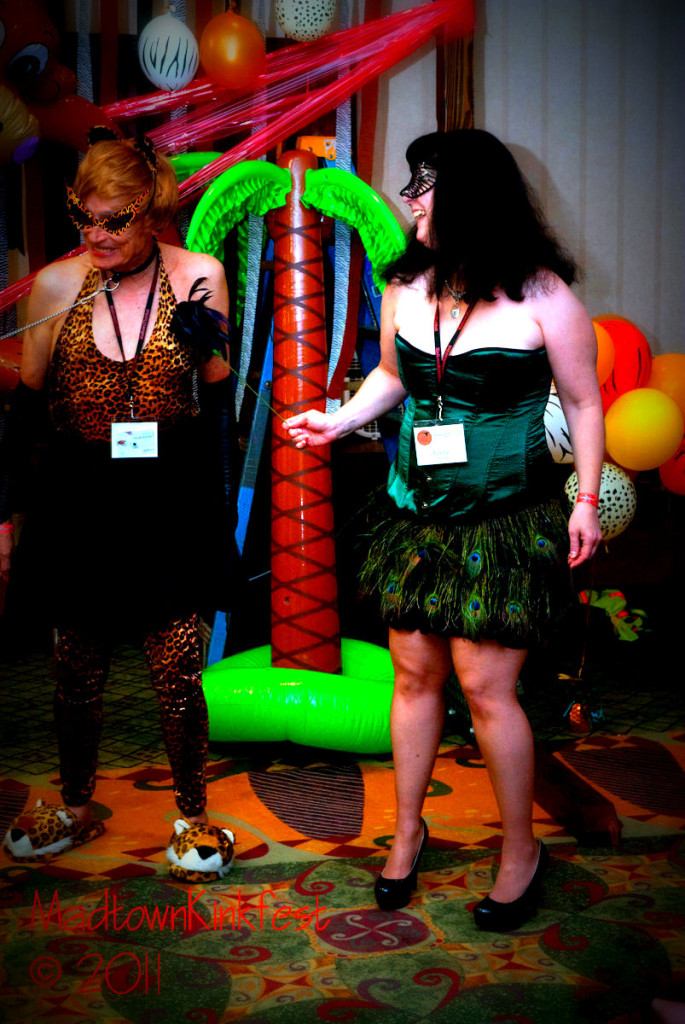 Those who follow my posts on BDSM know that there are some things that make me very serious, in fact, the majority of my teachings contain little humor, but that isn’t true for everything. I love to laugh. Who doesn’t? They say laughter is good for any number things, and it can actually boost your metabolism. I guess if I want to lose my excessive curves I need to sit and laugh from morning until night. That would be such fun, but the day job won’t allow for it, but that doesn’t mean I can’t find humor in my kinky lifestyle. Even so, we are going to begin with the serious, and work our way to the fun so I can leave you smiling.

Now for the fun – Fun is important.

I once saw a couple playing at Kinky Kollege in Chicago who completely made my mouth want to hang open in if not shock, then a big helping of surprise. He had her on a cross in the dungeon and was beating the crap out of her ass. I mean it was a deep dark red. The bruises were already rising and adding deep purple hues crossed by welts that had blood on them crisscrossing all over. He was going all out super sadist on her, but that isn’t what compelled me to keep watching.  It was her response that had me in shock.

Every time he put his all into a swing and really gave it to her, she began to laugh. This deep belly laugh that spoke of joy and something incredibly funny burst forth with each strike. I think I would have wet myself if I laughed that hard continuously, but this woman did, that and then call out insults to him so he would once again put his all into the next stroke. I think he even pulled out the electricity at one point and zapped her all over her well-beaten ass that caused a fit of giggles that had to make her knees weak. They were both really enjoying their play session. It was obvious, and even though I think the hearty laughter came as her own slightly off but uncontrollable reaction to the pain, it was clear they were having a good time.

When he took her down, there was a very tender heap of aftercare administered. He held her so as her bottom could be cleaned and bandaged, and they cuddled and whispered things to each other. I still remember them today, clear as a bell.

So the moral of that story is to let yourself have fun. No matter where the belly laughs come from, even if they are a response your brain has to the pain stimuli, let yourself laugh. When we play it can be serious, but it should also be enjoyable.

The things we do can be dangerous. They are an extreme sport. They take a good deal of learning but play should be fun. You hold that other person in your hands and that is a huge responsibility, and sometimes play should be serious if you are doing something that takes quiet concentration or you want your bottom or s type to exchange energy with you through your talents and concentration, but save time for fun as well. So many things in kink deserve seriousness. Hell, we touch other’s minds, hearts, and bodies, but when laughter ensues, especially if it wasn’t planned, it’s all good as long as no one is hurt. Be warned to laugh with people, not at them. Humiliation just hurts unless someone truly gets off on it.

This post was inspired by the crazy play I had last night. It was such a fun scene. Be creative people. I have perverted several of the old game shows by adding a kinky twist. Role play, add crazy rules, have your partner ‘bawk’ like a chicken instead of counting. Whatever, just have fun on occasion and turn the serious off. I used to be that dominant who championed for the seriousness of BDSM so hard I didn’t laugh enough. Oh, the play was good. It was hot and satisfying, but the laughter was missing on occasion. Some things are serious, and some most definitely leave the door open for silly fun. Don’t be afraid to walk through it. What’s on the other side may bite, but only in a good way. Take a few turns towards crazy. In the meantime, I’ll be over here singing Chicken One and Chicken Two…