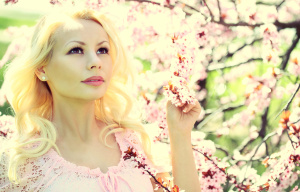 Letting the Sun In

This isn’t going to be a post where I pull out my soapbox and stand tall spouting my opinions for all to see. Instead, I am entering the room and quietly sitting down, hoping my audience will listen because this is important. In the past, I have spoken about some personal issues and to be frank, they weren’t very well received. I think my readers expect my superhero sex blogger persona who takes people by the ear and says “Listen here!” Well my cape is at the cleaners, and frankly, I am opening myself up to being ignored, scorned, or ostracized, but I hope you will read my post anyway.

Something started happening to me probably a good long time ago, longer than I can really put my finger on. I can’t say when it all began, but that doesn’t really matter. This thing silently creeps up on you and catches you unaware, and begins to torment without a sound you while you try to go about your daily life, wondering why things don’t feel right. It takes ahold of you and starts to push you down, dismantling all you do, and turning life into a bunch of fragmented pieces that no longer seem to fit and cut with their jagged edges.

So what is this dastardly thing that knocked this bold, self-assured, dominant and in control woman on her ass? Depression. Yep, I said it, depression. It’s a word tossed around, commonly heard, and it even has loads of TV ads trying to poke at people to take this medicine or that. The thing is, it’s silent and sneaky, and if you are a person who it has caught unaware, then you are not connecting with those sad people on TV showing their pain to the world. It isn’t a deliberate act of denial, because I really didn’t know. Despite a battle with depression twenty or so years ago, I did not see myself in those television ads. They made me sad, but I still didn’t connect the dots, and I truly believe my disassociation didn’t come from denial.

My life got harder ever so slowly. I started having bouts of crying which I attributed to menopause. Me, the Queen in my kink circle and BDSM family, began to struggle with decision making, organization, and being the head of the family. I wanted control, I wanted order, I wanted a well-run family and workplace, but all of the decisions, the strength, and the clear-headed problems solving skills seemed out of reach. Life was a circus that sucked. It was a bitch as it sometimes can be, but I thought it was horrid and nothing could be done but try to fight back with oven mitts on my hands and cotton in my brain. Yes, my workload was and is heavy, but I was able to do the work last year. The skills I had to set time lines, prioritize, set schedules, and such, became a tornado in my head, and instead of going to the storm shelter, I stood on the porch and watched it blow my life apart because I simply didn’t know.

Depression broke my kink. The Queen stopped receiving in her court. I couldn’t get a handle on my dominant self-assured side. It seemed to have fled. I was exhausted because of depression and another serious health issue and yet here in my house with my BDSM family my role hadn’t changed. I was still the Queen, but I stopped being able to rule. None of my subjects mutinied, they closed the circle and became supportive as I cried, had panic attacks over new obligations, and sobbed more often than not as Beauty drove me to work every day. There was anger too. Sometimes I raged inside, but mostly my soul shriveled up.

There is a common thread of thinking in the BDSM community. To be a dominant, you must first have control of yourself and I agree, but dominants break too. I’m not going to sit here and tell you I went off and beat Beauty just because I could, but I did become tyrannical. My moods swung between near hysterical crying and rants fueled by a rage I was hard pressed to control. I wanted to kick and scream and tantrum like a three year old, but at least I was able to stop that from happening. Beauty was super supportive as always, but really, though my persona was still the Queen, the part of me that functions and allows me to hold that lofty position in my kink family disappeared because I just didn’t see what was right in front of my nose.

So think of this as a quiet public service announcement. You know the commercial that says depression hurts. The one that shows all the sad people and talks about how it hurts the people around you too. It’s true, and thank goodness Beauty is up on all the crazy. No, depression isn’t being crazy and I use that term with a bit of reservation. What I mean is that she has had lots of experience with drug resistant depression, bipolar disorder, paranoid schizophrenia, and a lot of stuff in between. She has seen and or felt some of the above, and lived with it in her loved ones or self. She kept holding me as I cried, kept offering support, kept rubbing my feet when I came home with my entire body hurting so badly because depression effects you physically. She was here like she always is and finally got through that my suffering could and should be put to an end, and so I am on the road to recovery.

Depression is a physical disease that can be treated with medication. It’s as physical as my seizures or chronic mono. It’s as real as my mom’s high blood pressure or my brother’s diabetes. I do advocate taking medication for it. I know not everyone believes in taking medicine, but it helps when you take the right one. I will say it again because there are scads of people who don’t know this. Depression is a physical chemical disease that occurs in the brain. I was lost. My head was a crazy whirlwind that I couldn’t control and while I’m sure work is going to overwhelm me and piss me off sometimes, I can cope much better because my organization skills are back, the fog has been lifted, and I can see clear through to find solutions and get everything done.

I have a life and a future that holds so much goodness. I have people who love me and want to be an integral part of my BDSM family that has this hierarchy of power that works for us all. I was broken, but through support, love, and yes medication, I super glued my parts back together and I will not be ashamed that I was cracked and unable to function. The mighty Jolynn, Queen of all her subjects with her sex blogger super hero cape on, just couldn’t cope. She full of despair, and pulled that cape over her head and cried, so broken and lost, not a hero for anyone, but I’m back and boy does the shoe ever fit.

I did not know. I did not see. I cried at the commercials but didn’t see that the shoe of depression was on my foot. If you know someone who is wearing the wrong shoes and trying to walk through the shit storm that is their life but falling flat on their face, pick them up, hose them off, take them by the hand and say “Hey, I think I know what might be wrong.” You may be wrong but then again you may be right and if you are, you can help that person you love weather the storm until their own curtain opens and lets the sun back in.

Websites That Offer Help and Support

Beauty’s Note: People are always welcome to email me here through the Dungeon Mailbox, on Fetlife, or beautyspunishments@gmail.com.

My Job and Healthcare Experience:

I started doing health care when I got my drivers license the summer that I was twenty five, and I stopped doing it after my Mom died in the fall of 2005. I have experience being a CNA, working for home health care agencies in Madison and Milwaukee, working in twenty four bed assisted living facilities, and managing two eight bed assisted living facilities in Madison and Milwaukee.

I, myself have drug resistant major depressive disorder with anxiety and fatigue, but that is another long story for a different day.

My Mom had paranoid schizophrenia with obvious symptoms before I was eight years old, and she passed away before I was forty with metastasized colon cancer that spread to her whole body. She didn’t want to deal with it until it was too late, and would not let us help her with everything she needed to do.  I did work at the hospice care that took care of her for a while, until her death really hit me. I pretty much had to look out for myself and my sister as we were growing up, and had help from of some of my Mom’s relatives.

My youngest has Bipolar disorder along with ADD, with symptoms starting to show up when he was two years old. I got him into the Early Childhood program at his school, and special help so he could learn what he needed to at school. When he was in first grade his teacher thought he was doing things on purpose to piss her off, and then we started going to the ADD specialist in Madison that was connected to the school he went to. We went to that doctor for years in Madison until sixth grade, and then she said she couldn’t help us anymore. She did not tell me why, and we went to a different doctor in Madison that she recommended, he told us that my son had Bipolar disorder. We saw that doctor up until he turned thirteen, and when we moved back to the Milwaukee area we went to a doctor in Wauwatosa and had him get tested for a psych eval. He saw that doctor until his doctor moved to another state two years early since the on call was too much on the weekends where we saw him. He recommended another doctor there that we saw until my son was in his early twenties until he moved in with friends by Minnesota. I would recommend to his doctor to anyone in the Milwaukee area since he is that good. My son moved back to the Milwaukee area August 16th, and wants to go and see his doctor again when he gets insurance from his new job that he started three weeks after he moved in with us. Hopefully there will be migrating to an apartment with friends before December rolls around. Cross your fingers.

5 thoughts on “Letting The Sun In”