We have some wonderful Grand Prizes & more rolling in every day!

●     One month membership to (Pandora Blake’s Dreams of Spanking)

And Much, Much, More! 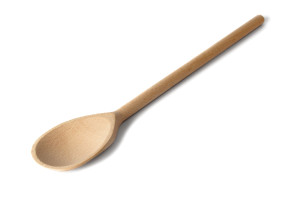 Jolynn’s Prize Giveaway for Our Blog

For our blog we are giving away a personally signed Spanking Spoon by Jolynn, and your choice of two books of Jolynn’s on Amazon to one lucky winner. The books can be signed and personalized paperbacks or a gifted Kindle copies from Amazon. To enter just leave a comment on this post along with your email and everyone will be entered in a drawing to be picked at random. The winner will be emailed for the book selections and other needed info to get the prizes to you. Winners will be announced September 9th. 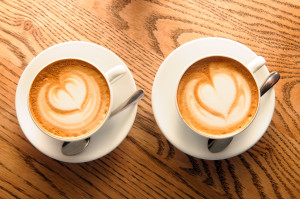 Kimberly rolled over in bed and peered at the alarm clock for the hundredth time. It informed her in bold red numbers that she had three minutes before it would go off. Grumbling, she slipped out from under the sheets, sighed, and ran her hand back through her hair. Her stomach had been a bundle of nerves the entire night, and knowing the time for tossing and turning in bed was over, didn’t help one bit.

“I’m not ready to go to school.” The words were mumbled under her breath, but the sentiment behind them was loud and clear. Summer vacation was officially over. No more lazy mornings and relaxing days for her. It was time to get back to reality.

Her stomach growled from both nerves and hunger as she slid her feet into her slippers and left the bedroom, her eyes grainy from lack of sleep. She could never sleep the night before a new school year began. She was filled with anxiety, and her nerves were frazzled. Everything had changed as it always did in September. It would all be new again. Kimberly hated all the adjustment and the unexpected. She knew that once the day was over she would feel like she’d never left for a long summer break, but that didn’t make her feel any better now. All those new faces would soon be crowded around her, their eyes questioning, their minds wondering who she was and what she was like.

Kim headed into the bathroom knowing she needed to get herself in gear before she sat down for breakfast. Yes, it would be great to sit and do nothing but put something in her stomach, but she had to take advantage of the fact that her feet were actually mobile enough to move her from place to place. Any hesitation could ruin the momentum. She stripped off her nightshirt, kicked the slippers from her feet and stepped into the shower, turning it on full blast, gasping as the cold water splashed against her skin, deciding that her decision to wake herself up with the cold water had been a bad one. Adjusting the temperature to a more comfortable level, Kimberly quickly washed up, pausing as she rinsed her hair, hoping the water would sluice her misgivings away.

Turning off the water, Kimberly quickly dried, giving her long hair a brisk rub before letting it hang down her back in a mass of curls. Feeling awake enough to chance breakfast, Kimberly put on her robe and headed for the kitchen, surprise overtaking her when she saw the light spilling into the hallway up ahead. Natalie was up.

Kim stood in the doorway and watched her girlfriend move from coffee make to refrigerator, taking out the cream and pouring a good dollop into Kim’s favorite mug. She turned all smiles, her expression one of encouragement as she smiled at Kimberly.

“Hi baby. I thought I’d send you off to school with a good breakfast in your stomach. I know you are always a bundle of nerves on the big day. Come sit. Drink your coffee and I’ll make you eggs.”

“I just want the coffee.” Kimberly was hungry, but her stomach felt queasy.

“There is no way I’m letting you out of the house without a good breakfast. Now sit.” Kimberly reached for the mug of coffee Natalie held, but Natalie wasn’t having it. “No. Sit down and eat that fruit. Then you’ll get your coffee.”

“Natalie I don’t want the fruit and I don’t want eggs. Give me my coffee.” Kimberly knew she was whining and that her face held the mother of all pouts, but she was tired and cranky, and Natalie wasn’t helping things. She made another reach for the mug of coffee in Natalie’s hand, but the woman backed up, her eyes flashing. Their’s was a domestic discipline relationship, and the way Kimberly had just spoken was way out of line.

In a flash Natalie put down the coffee, pulled out one of the kitchen chairs, grabbed the spanking spoon from where it hung on the side of the refrigerator and hauled Kimberly over her lap. She held her securely in place with one arm around Kimberly’s waist, and then held the spoon out in front of the wiggling and protesting girl, indicating she was to take it.

“Damn it Natalie. I don’t have time for this.”

“You do. Now hold the spoon so I can bare your ass.” Kimberly snatched the spoon from Natalie’s hand, grumbling, kicking her feet in protest until Natalie began a series of sharp slaps meant to get her attention and her cooperation.

“I will not have you sassing me and I will not tolerate this kind of behavior, now or any other time.” More stinging slaps colored Kimberly’s bottom a lovely shade of crimson and had the desired effect of getting the woman to settle down. When she was limp over Natalie’s lap, Natalie held out her hand for the spanking spoon and Kimberly handed it over without a word.

The quiet kitchen was soon filled with the cries that burst from Kimberly’s mouth as Natalie spanked her bottom and the tops of her thighs with the thick wooden spoon. Repeatedly Natalie spanked her poor tortured flesh until Kimberly was sobbing, the fight all gone along with the nerves that had plagued her all night. There was nothing in her world but the pain radiating from her well-chastised bottom. When Natalie felt the last of the tension leave Kimberly’s body, she tossed the spoon down and rubber her girl’s red ass, cooing at her and telling her everything would be all right.

“It will be fine. You’re okay baby; things will be fine.” She helped Kimberly up so she was curled up in her arms, and kissed her tears away, handing Kimberly a napkin so she could blow her nose. They both giggled a little at Kimberly’s loud honk, and then Natalie tightened her arms and kissed Kimberly’s forehead.

“Feeling up to breakfast now?”

Kimberly nodded, nuzzling into Natalie’s chest for one more moment of comfort.

“Off you go then. Wash your face and comb out your hair. I’ll have breakfast ready when you’re done.”

Kimberly did as she was told, her blazing bottom still feeling the fire of Natalie’s wrath. She quickly put her hair up and washed her face, and then put on the clothes she’d laid out the night before. She returned to the kitchen and ate every bit of her breakfast, the pain in her bottom from sitting on the tender skin making her feel settled. The nerves that had kept her awake all night were gone, thanks to Natalie, who always knew when she needed a spanking the most.

When Kimberly was done, she gladly walked to Natalie for one last embrace, holding her tight, feeling strong, centered, and loved.

“I’m just doing my job, honey. It’s all part of taking care of you. Now get to school. The kids are waiting to meet their new teacher.”

This story was specially written for Summer Spanks Blog Hop.