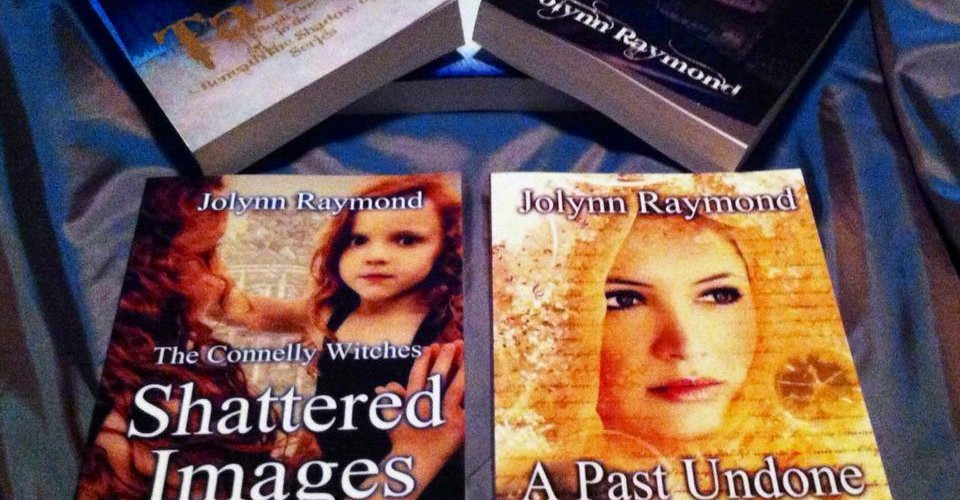 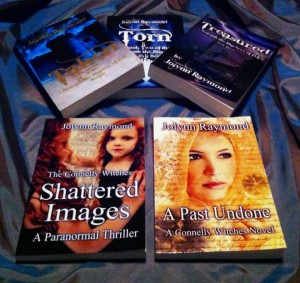 The Legacy Lives On

Over five hundred years ago, Master Vampire Mikhal Arcos kidnapped a mystical Gypsy girl named Alliana. His intent was simple. He would use magic to make her bear him a son who would rule the world with him for eternity. He had every intention of discarding Alliana after his son was born, but things rarely go as planned. Their story unfolds in the Beneath the Shadows of Evil Trilogy.

Now, five centuries later, their legacy lives on with the Connelly witches. They are a family whose ancestors were given a great gift of magic, but it came with one condition. They were entrusted to protect mankind from the demons who walk among them. The Connelly family lives through trials and tribulations as they battle the evil that would love nothing more than to torment and destroy men, but still they persevere in order to keep the oath sworn so long ago.

Shattered Images introduces you to the Connelly witches. In it, Rachel Connelly turns her back on her magic and her responsibility with dire consequences. Her family can fight to save her, but it’s Rachel who must fight the hardest because it was she who broke the oath. A Past Undone also focuses on the Connelly witches. This time it’s Raven Connelly who falls prey to misfortune, for their lives are never easy. Her love, Alex faces the battle of his life as he tries to rescue Raven and bring her back through the time portal she slipped through and landed in a demon’s grip.

Whether you love paranormal historical romance, paranormal thrillers, or modern day paranormal romance you’ll find a grand adventure and a rollercoaster ride of emotions in any of the books focusing on Mikhal and Alliana Arcos or their descendants the Connelly witches.

Taken… Beneath the Shadows of Evil Book One

Torn… Beneath the shadows of Evil Book Two

Treasured… Beneath the Shadows of Evil Book Three
Shattered Images

A Past Undone … A paranormal Romantic Thriller

All by Jolynn Raymond, all available on Amazon.com