Why The Loyal Lesbian Wants A Merkin We were personally invited by Lisa Haas’ girlfriend Stephanie, to watch The Foxy Merkins at the Union Theatre last Friday night as part of the Milwaukee LGBT Film Festival, and afterwards we went to celebrate the 10th anniversary of The Tool Shed. During the after party, there was a T-shirt that they had that said ‘The Foxy Merkins, The Movie!’, and underneath all that on the bottom of the shirt, it had a merkin. The movie is a hoot! I strongly recommend you go and see it. I was laughing so hard at the funny parts, I was crying. It was a funny touching, heart warming movie, so go see it wherever it’s playing. Please watch the video in full screen to get the best effect.  An excerpt from the feature-length comedy THE FOXY MERKINS from Codependent Lesbian Space Alien on Vimeo. Directed […] 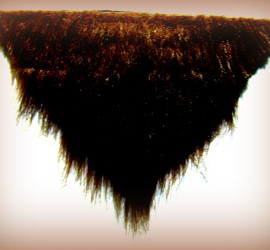