Her Leading Man by Adaline Raine   Blurb: Gretchen Williams had finally been offered her dream job. After years of writing—screenplays, various freelance jobs, and erotic spanking romance—one of her book series had been adapted for television. She had been over the moon at the invitation to join the crew on set and overlook day to day operations.  Of course she never expected to wind up as the whipping girl. The main actress balked at the idea of a hand coming anywhere near her perfect round behind, and after some deliberations Gretchen offers up her derriere for showbiz . She never dreamed her bottom would be on display for everyone to see, but the bigger problem is the sudden attention from the male lead actor.  Tristan Callahan knew exactly what he was signing up for when he accepted the contract for a one year term, tentative for a second season […] 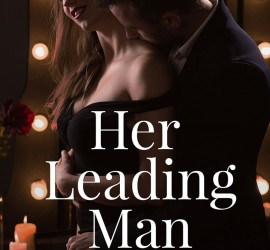