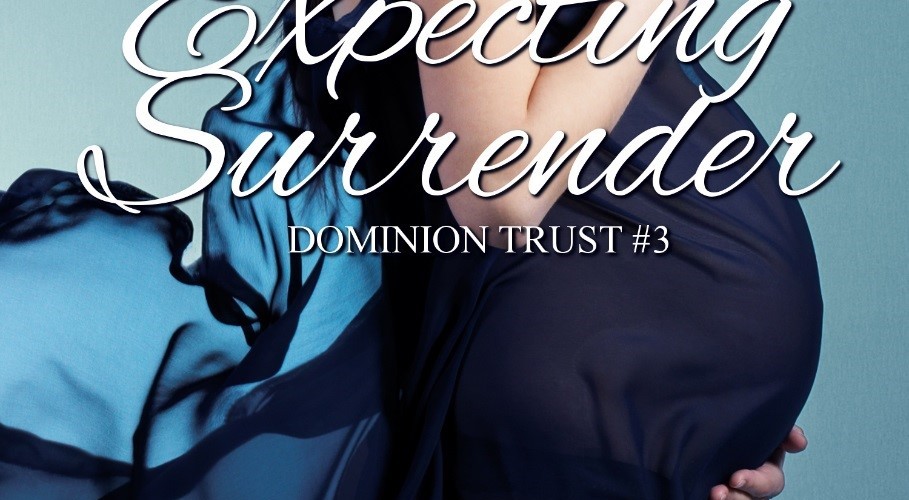 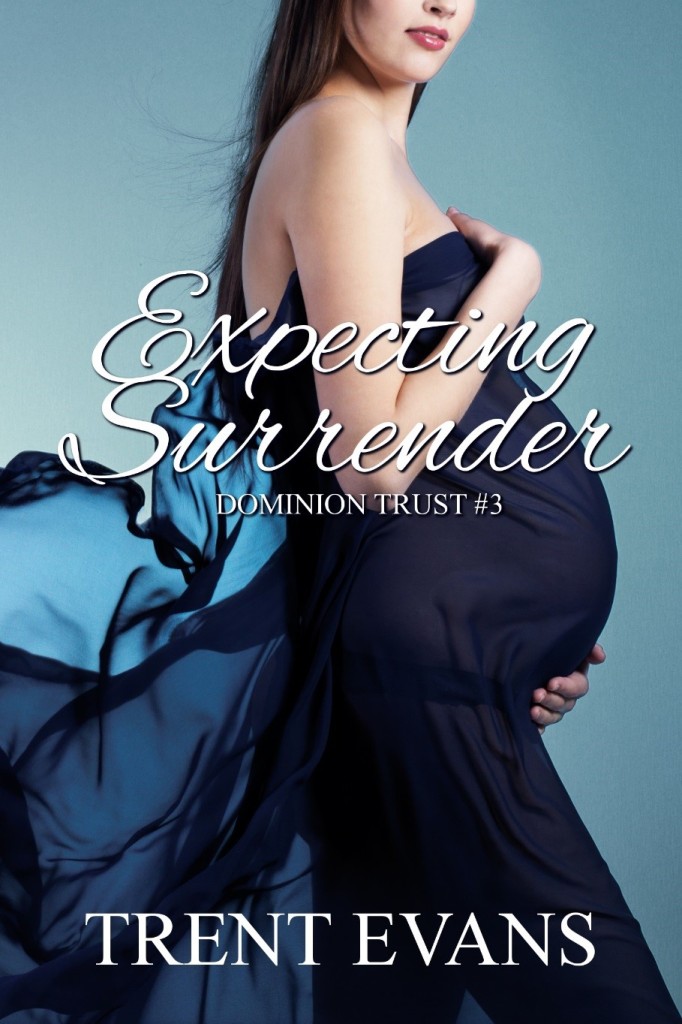 It’s awesome to be on the blog, Jolynn (and Kathy)!

Read on for the description, (a dirty) excerpt, and buy links. Thanks again, you two!

They’d called it The Game. An intriguing truth or dare, a little spice to an already hot sexual chemistry between two married professionals. But what started as a mere game evolved into something so much more, a dark, exciting adventure into serious power exchange. It soon became the center of their lives, the beating, lust-fueled heart of their sexual relationship.

It was an exploration of pleasure, of pain, of elemental desire. A married couple diving deep into the waters of Dominance and submission. Like forbidden fruit, The Game had opened their eyes to the primal drives, the animal lusts lurking within each of them — and they knew they’d never be the same again.

Then came the day she’d received the surprise news… in the form of a positive pregnancy test.

Or was there a way to have both? Perhaps Kirsten’s pregnancy might open up an entirely new world to them within the alluring, lust-drenched context of a loving, yet strict, Dominance and submission dynamic? Perhaps the pregnancy might change them both in ways neither of them yet understand?

Two lovers will discover if Dominance and submission, if pain and pleasure, and finding the real people they are inside is indeed still possible, now that a baby is on the way…

Publisher’s Warning: Intended for mature readers. 18 and over only!

She was on him before the front door even closed, finding those soft demanding lips of his that had haunted her dreams every night he was away. She surprised him, driving his body against the hallway wall, his bag slipping off his shoulder to thud against the floor. Her fingers worked at his belt as he growled into her mouth, showing her how much he’d missed her too.

He pulled her back, the dark eyes glinting with lust. “Missed me?”

“Oh you know I did.” And she flung herself against him once more, pulling his shirt from his waistband, working the fly open, all the while her mouth devoured his, their hot breath mingling, the taste of his wet lips driving her desire yet higher.

She hoped those sticks wouldn’t survive the next five minutes in her hair.

His hand snaked up her thighs, lifting the mini-skirt with it, his fingers finding the heat of her sex, her gasp loud as he touched the labia that seemed to be permanently swollen now. First trimester was behind her, and thankfully, so were her bouts of nausea.

It was replaced by a sex drive that seemed to be rocketing into outer space.

‘You may see a noticeable increase in your libido.’

Noticeable? Who the fuck were they kidding? Her pussy seemed to be hot and swollen on a more or less permanent basis now, her nipples hardening at even the thought of sex.

“Down on your knees,” Keihl said, his breath hot against her neck, his big body turning her and trapping her against the wall. “Now, Kirsten.”

She dropped, pulling down his slacks as she went, exposing the heavy cock rearing up, the large scrotum she took in her palm. He groaned as she stroked his testicles, lifting them, and squeezing gently. She looked up at him, taking the burning shaft of his cock in her hand.

His gaze met hers as his hands stroked through her hair, the sticks clattering to the wood floor as he divested her hair of them, replacing them with a firm grip of his fist.

She smiled up at him, then took the thick cock between her lips, her mouth watering. Inhaling the musky male scent of him, she sucked him deep, the head pushing for the back of her throat.

“Look at me as you do it.” He yanked at her hair harshly, and her gaze opened to his as she worked him with her lips, her tongue sliding up and down the shaft.

He pushed farther, holding her head tight, and she froze, knowing what he wanted, concentrating on relaxing her throat. He plunged deep, holding for a moment, as her throat pulsed, then pulled back, holding his cock in his fist, tapping the now swollen purple head against her cheek, before plunging deep again.

He forced it even deeper this time, until her nose was pressed to the wiry nest of his pubic hair, holding her head fast to him as her throat clicked, as she willed herself to open to him, to let him have her at his speed, in his way. She was his, and she wanted nothing more than to show him how much she wanted to be his.

Then he pulled back, telling her to suck on the head, to lick the slit, to lap at his balls. She did all of it, without question, loving this, wanting to obey him, to show him how much she’d missed this, missed being his — only his.

She sucked him hard then, her cheeks hollowing, the hallway silent except for the sounds her mouth made on Keihl’s cock, his labored breathing. She could feel his balls draw up tight, his cock swelling even larger.

“God, yes,” she breathed as he pulled her off him harshly, the stinging grip of his hand in her hair just spiraling her desire even higher. She lifted his balls in her palm again, loving the heaviness of them, the heat against her skin.

“Put your hands behind your back, slut.”

Her pussy spasmed at the order, at the words. He didn’t often talk to her like this, but it was the stuff of her darkest dreams when he did, that animal lust that he took such pains to keep under control, now unleashed upon her. She hoped he’d unleash it more often.

He drove into her, crowding her back against the wall until the back of her skull was pressed tight to it, the strong, muscular thighs seeming to surround her, his body all around her now. His fist tightened in her hair, and she whimpered at the hot pain at her scalp. His thrusts grew more urgent, her lips tight about him, wishing that thick cock was thrusting between the throbbing lips of her sex. She clasped her own elbows behind her back, letting the gag reflex take her as he repeatedly drove to the back of her throat. She tried to look up at him as he fucked her mouth, her head bouncing against the wall at each thrust. He was too close though, her vision taken up by his torso, the line of dark hair that led down that hard belly toward the pubic hair that rasped against her lips at each plunge into her throat.

“Thought about… this mouth… while I was gone,” he grunted between each thrust. “These soft lips. Made… for me.”

This was right, her on her knees, her mouth serving him. It was simple, and perfect, and wonderful.

And she was his.

He pushed forward with a harsh groan, holding her forehead to his belly, as she felt his cock pulse over her tongue. She pulled on it, tried to suck even harder as his come poured forth, spurting deep, down her throat just as he’d promised. He kept her tight against him as his hips gave little, sharp jerks.

“Swallow all of it, slut! Every fucking drop,” he ground out, his cock pulling free from her lips, her tongue following it.

She collected another drop of his essence from the slickened, swollen head, tasting the salt of him. Then she swallowed it all down, smiling up at him at his pleased murmur.

“Good girl,” he said, his smile beaming down upon her like brilliant rays of sunshine.

She darted forward, her gentle tongue seeking his softening cock. He inhaled sharply, her hands closing upon his powerful thighs, feeling the tremor going through his body, as she licked him clean, even laving the balls, as they lolled in the loose, soft scrotum.

He leaned an arm against the wall above her, his chest heaving, his smile still bright. “Now, that’s a good way to be welcomed home!”

“Told you I wanted you home,” she said, tilting her head up at him, her hands stroking the hard muscles of his thighs.

His hand dropped to her hair again, his fingers combing the strands back from her face, stroking though the heavy weight of it until she almost purred. How she loved it when he played with her hair. Then his eyes flashed, one eyebrow lifting.

“On your feet, girl. We’re just getting warmed up.”

Wow, Trent. Now I know what you’ve been doing for a year. Any special research for this particular scene? ~ K

If you would like to read more about Kirsten and Keihl’s sexy adventures, click one of the buy links below. 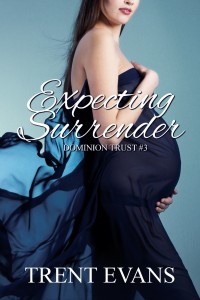